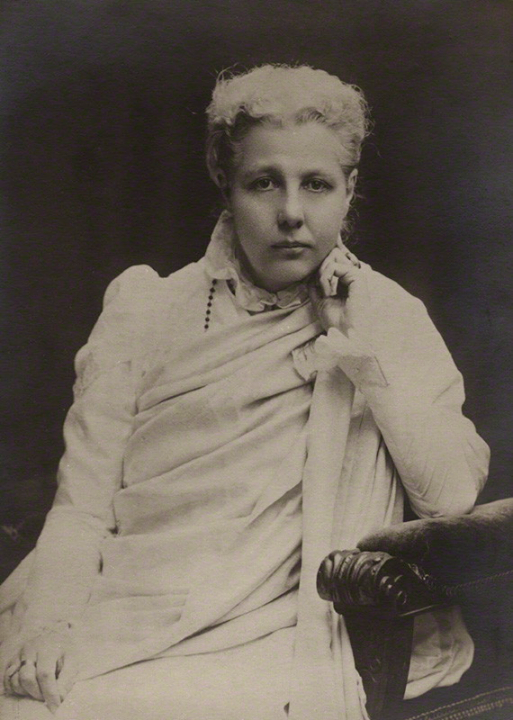 A Lady whom i thought , under stood THE HINDUISM! to my surprise.. She even doesn't know it, but to, who knows it!As i'm posting all this, is becoz, she is (was) of the belief that. she can believe in! BUT by only EXPERIENCEING IT! and now ou are reading about her..

@Gnanananda... this book was published in 1893, and thus it is about Annie Besant's experiences before settling in India and gravitating toward the Theosophists' hybrid vision of Hinduism. Of course, a lot happened to her after her arrival in India. People should not confuse her idea of Hinduism, however, with the devotion of Sister Nivedita (another Irishwoman) and some of the other Western followers of Swami Vivekananda. The Western disciples of Vivekananda were much more serious devotees, and also closer to the core ideals of Sanatana Dharma.

James W. Hoover: Have you given a thought to as to why Theosophy was so incredibly popular (almost cool!) in its early days in India...as to its absolute irrelevance today? Honestly, most of their books were a mishmash of ideas picked up from various ancient cultures. My grandfather was a token Theosophist...so I have seen these books around my house since childhood. I have always suspected it to be more of a 'charismatic white woman who respectfully espouses ideals strangely familiar to Hindus' sort-of-a-phenomenon as the main factor for its popularity during the colonial days. Similar to the manner in which the present Dalai Lama is fashionable amongst the urban Indians (many of whom have no clue about Buddhism). Many seem like him because all the celebrities seem to like him. It would be interesting to know your opinion?

First, I am not a Theosophist, although I have conducted work at their library. I suspect the Theosophists were popular because they were new, they were foreign, they had money (a lot of it), and they were critical of the Raj at a critical time. However, I doubt if most Indians (like most early Theosophists) understood the personality cult and convoluted, ever-changing "theology" that was taking shape around Madame Blavatsky. This is why I differentiate the TS from people like Sister Nivedita. However, as I make use of the TS's wonderfully-preserved library (which also takes care of thousands of Indian manuscripts no one else could take care of so well right now), I won't attack their beliefs. Theosophy is an almost entirely intellectual movement, and as such its popularity is quite limited. Theosophy presumes a certain level of education, wealth, and leisure for study. However, I can't explain my full views regarding Theosophy because they're far too complicated. The nature of the movement is such that you would have to explain it, too, and nothing about the TS (especially in its early days) was simple and straightforward. It was an organization full of secrets and scandals, and moreover one that deliberately shrouded itself in mystery and fomented inner circles and cabals. But all that is deep in the past, now, and the Adyar Library is a wonderful place to work.

Thank you Dr.James W. Hoover! I appreciate your perspectives. But I believe the greatest contribution of Annie Beasant and the Theosophical Society was to give the world an extraordinary man like Jiddu Krishnamurthi. His schools yet stand out as an oasis in the present educational system - both my children have studied there.

@ james Thats what me too want to tell.. Is they may be close, but they are not.

The key moment in Theosophical history is when Krishnamurti stands next to Annie Besant and tells the world he is not who she claims he is.