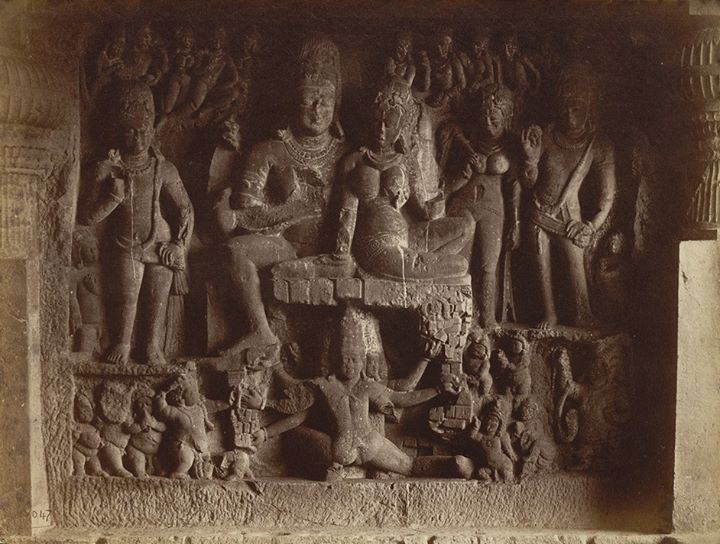 RAWANA - The historical King of HELADIVA

Rawana was the grandson of Rishi Pulasthi and son of Sage Visravasmuni. He was the younger brother of Vaisrawana Kuvera (Kubera) and the elder brother of Vibishana, Kumbhakarna, Mahi Rawana, Hema, Khara, Dushana, Luxhman, and Suparnika. His mother was the Daitya princess Kaikesi. Her father, Sumalin, king of the Daityas, wished her to marry the most powerful being in the mortal world, so as to produce an exceptional heir. He rejected the kings of the world, as they were less powerful than him. Kaikesi searched among the sages, and finally chose Visravasmuni. However Visravasmuni warned her that as she approached him at an inappropriate time, their children would tend towards evil, but accepted her nevertheless. Rawana, his brothers and sisters were half Brahmin and half Rakus by birth.

Since of late there is a drive to make Emperor Rawana of Heladiva (Sri Lanka) a Dravidian. It could be boldly stated that King Rawana is not a Dravidian. His father Visravasmuni was a Brahmin and his mother Kaikesi was Daitya. The clans that lived in Heladiva were Raksha, Yaksha, Naga, and Deva. They were called Helayo’s, as much as the inhabitants of present Sri Lanka are called Sri Lankans irrespective of their race. However, he governed most of the southern part of India and part of northern India. The inhabitants of Heladiva were Helaya’s. Heladiva became Sinhale and the inhabitants Sinhala only after the official introduction of Buddha Dhamma by Arahant Mahinda.

Photograph of the sculpture of the marriage of Shiva and Parvati in the Kailasnatha Temple at Ellora in Maharashtra, taken by Henry Cousens in the1870s. Ellora is renowned for its series of Hindu, Buddhist and Jain cave temples excavated into the rocky façade of a cliff of basalt. The works were carried out under the patronage of the Kalachuri, the Chalukya and the Rashtrakuta dynasties between the 6th and 9th centuries. The Kailasanath is the most noted of all the splendours of Ellora, a free-standing temple rather than a cave, entirely sculpted out of a great mass of basalt. Patronized by different rulers of the Rashtrakuta dynasty from the mid-8th century, it symbolizes Mount Kailasa, abode of Shiva. Sculptural friezes in the temple depict tales from the Ramayana, the Mahabharata, and of the Life of Shiva. The sculpture in this view represents Ravana disturbing Shiva and Parvati seated in their abode on the mount Kailasa.

Tacan shaking Kailash , whilst shiva pressing down with his right foot.