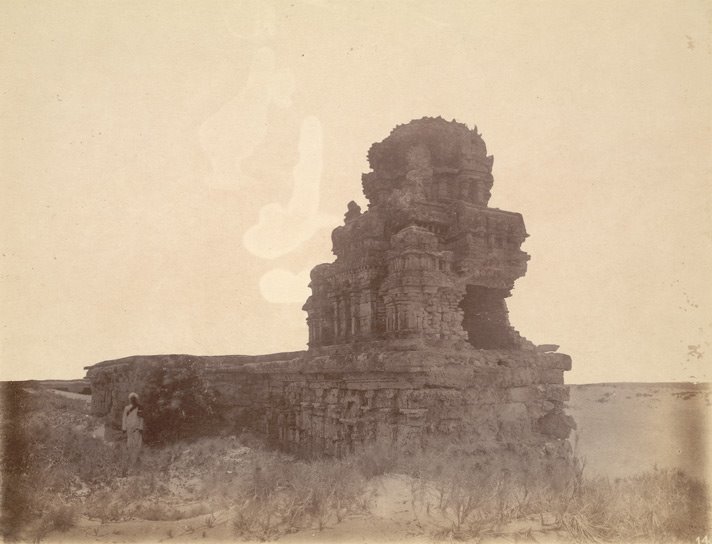 Photograph of a temple at Rameswaram in Tamil Nadu, taken by Alexander Rea in c.1890, from the Archaeological Survey of India Collections. The sacred Hindu island of Rameswaram is believed to be related to the story of Rama as narrated in the Ramayana; the place where Rama worshipped Shiva after crossing over from Sri Lanka after he had killed Ravana. The main temple complex on the island is the Ramalingeshvara, which dates to the 17th and 18th centuries. The photograph shows the general view of an unnamed temple.

I wonder if this temple is still standing?