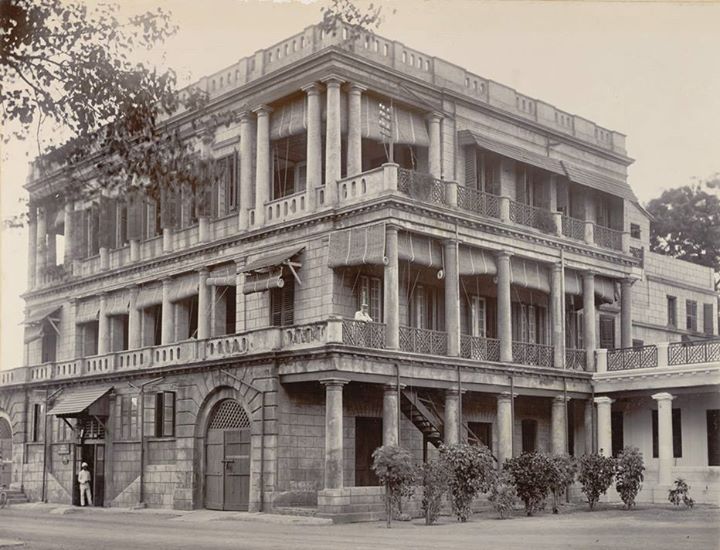 Photograph of military offices in Fort St George, at Madras (Chennai), Tamil Nadu, from the Macnabb Collection (Col James Henry Erskine Reid): Album of Indian views, taken in 1902. Madras was founded in 1639 by the British East India Company and was the first important English settlement in India. The fort was constructed on the seafront in the early 1640s as a trading post and base for European residents, and the city of Madras grew up outside its walls. During the 17th and 18th century it was expanded and its fortifications strengthened. Many buildings were erected within its confines including the Accountant-General’s Office, used as Government House until 1799, the Secretariat, and St Mary’s Church. Military buildings included a number of fine classical colonial barrack buildings of the late 18th and 19th centuries such as the one in this view.