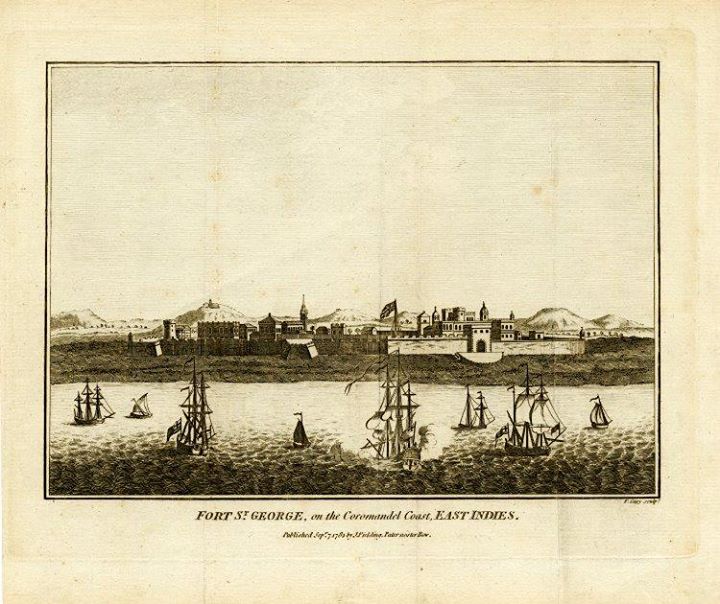 View of a large fort with a church to the left, on the sea-shore, with several peaked mountains behind and ships on the sea in the foreground, including one firing guns, to right of centre; illustration to a periodical.

© The Trustees of the British Museum