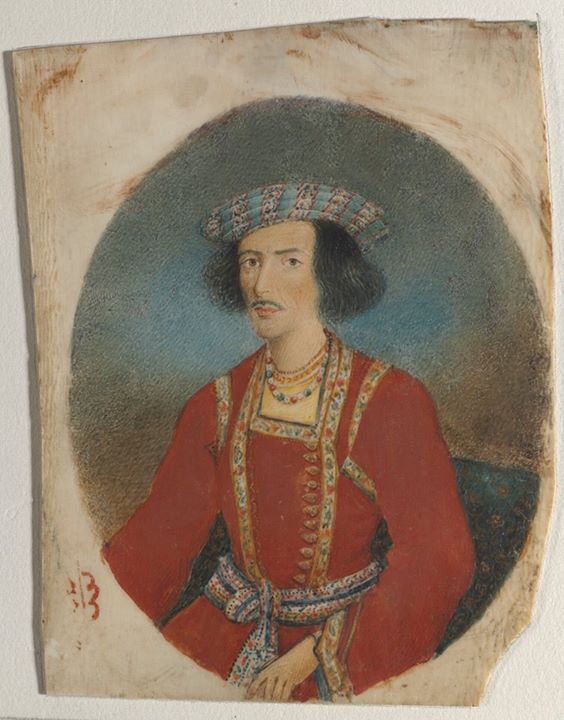 Digital Rare Book:
The Life and Letters of Raja Rammohun Roy
Compiled and edited by Sophia Dobson Collet and completed by a friend
Second edition edited by Hem Chandra Sarkar
Published in Calcutta - 1914

This Company Painting (a painting made by an Indian artist for the British in India) is a portrait of the Hindu reformer Raja Ram Mohan Roy (1772-1833). He came from a distinguished Brahmin family in Bengal. He entered the service of the East India Company and rose to high office, but eventually left to devote his time to the service of his people. Profoundly influenced by European liberalism, Ram Mohan came to the conclusion that Hinduism needed to be radically reformed. He preached equality for women and was active in the abolition of sati (widow burning). Ram Mohan came to England in 1831 as the ambassador of the Mughal emperor Akbar Shah II. On another visit to England he was taken ill with meningitis. He died on 27 September 1833 in Bristol, where he is buried. A statue of him was unveiled there in 1997.

Sir Robert Nathan, who bequeathed the portrait to the V&A, probably purchased it from Muhammad Hussain, a judge of the Small Cause Court in Delhi. Nathan was Private Secretary to the Viceroy in Delhi in 1904-1905.