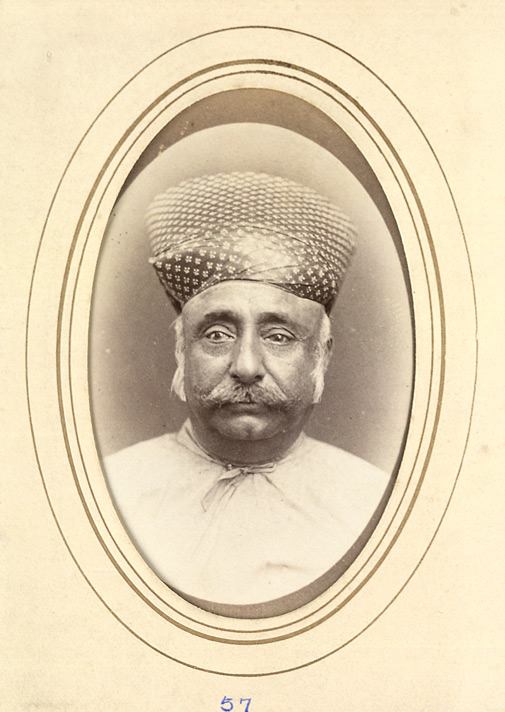 Head-and-shoulders carte-de-visite portrait of Merwanjee Framjee Pandoy , from the Album of cartes de visite portraits of Indian rulers and notables, taken by Bourne and Shepherd in the early 1870s. Merwanjee Framjee Pandoy (d.1876) was a broker to several English trading companies. He was a pioneer of the cotton mill industry and with Sir Dinshaw and Nasarvanji Petit, he established Manockjee Petit Spinning and Weaving Company; later he took over the Oriental Spinning and Weaving Company. Panday also established the Bombay press, East India Press Company, and the Imperial Banking and Trading Company.

Bourne & Shepard had a studio in New Delhi's Connaight Place where they displayed some of their gr8 pics. I wonder if they are still there?

I dont think so