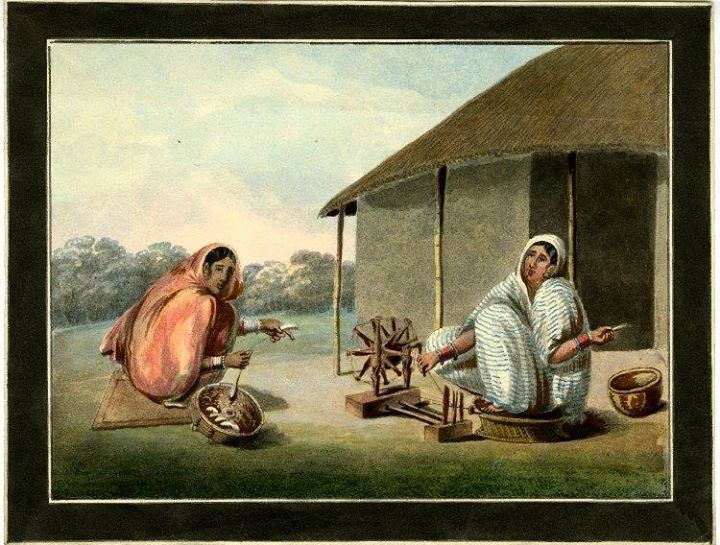 Watercolour painting on paper of two women spinning cotton. Both women are seated on the ground in front of a thatched building. One woman, wearing an orange sari which covered her head and shoulders is spinning using a drop spindle over a basket. She is squatting on a mat and has numerous bangles on her wrists. The second woman sits opposite the first, and wears a white and blue striped sari which covers her head and shoulders. She is using a spinning wheel to spin the thread. She is seated on a raised platform which appears to be made out of a basket. She also wears numerous bangles on her wrists. Behind the building, trees and foliage are show. A thick black border surrounds the painting.