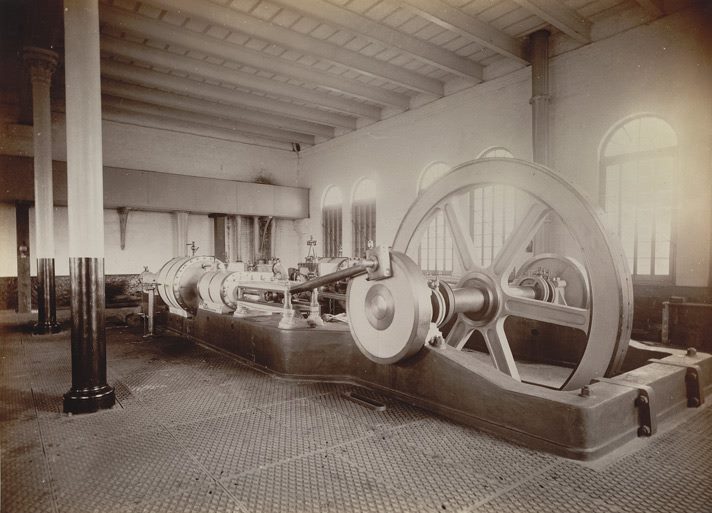 Photograph taken in 1891 by an unknown photographer of interior of the Hydraulic Engine House building. Hydraulic power was produced to move cranes and to drain the graving docks (dry docks), where ship repairs were carried out. The pumping engine house stands between the two docks at the north-east corner of the tidal basin. It was hoped that vessels using these graving docks could be conveniently repaired from the present workshops in the Government Dockyard. In 1891-92, the new graving dock was completed and the first vessel, a Royal Indian Marine boat "Mayo", was admitted into it.