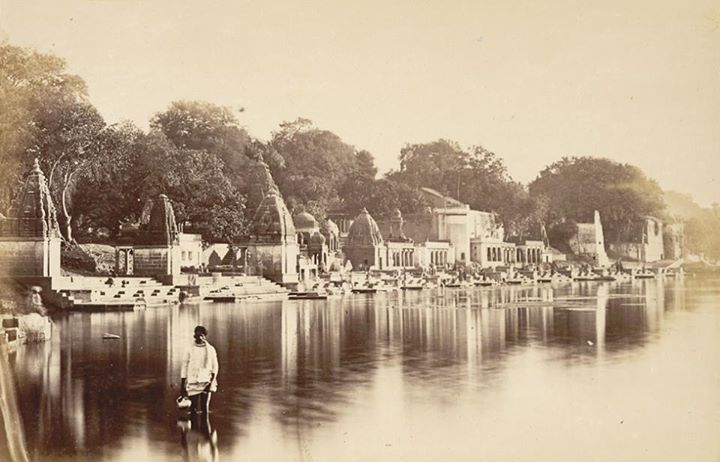 Photograph of the temples along the river front at Ujjain in Madhya Pradesh, taken by Deen Dayal in the 1870s, from the Album of 'Views of Central India by Deen Dayal, Indore'. Ujjain is one of the seven sacred cities of Hinduism. It is an ancient pilgrimage centre built on the banks of the Shipra river with its characteristic stepped ghats. Every twelve years, in occasion of the Kumbha Mela festival, a large number of devotees come to bathe in the purifing waters of the river. Ujjain was an important place since the early third century BC during the Maurya period when Ashoka was governor there. The town became an important centre under the Gupta dynasty in the 4th-5th centuries and was later the capital of the Paramara kings. It was sacked by the Muslims in 1235.