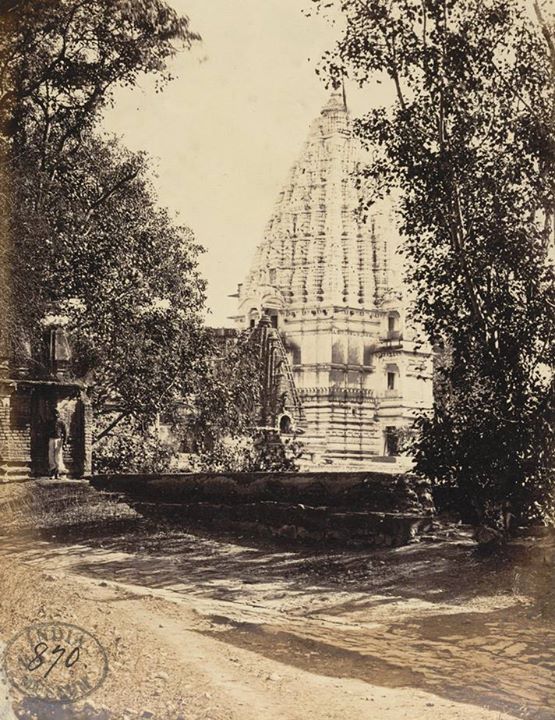 Photograph of the sanctuary tower of the Mahakala Temple at Ujjain taken by George Edward Herne in 1869. Ujjain, on the banks of the River Sipra, is one of the seven sacred Hindu cities and a venue for the Khumbh Mela festival held every twelve years. The sacred Mahakaleshwar temple enshrines a "swayambhu" (born-by itself) linga in its sanctuary. It was built in the traditional central Indian style and later reconstructed in the 20th century. The colonnaded porches are covered by a curvilinear tower which consists of clusters of miniature temple towers.