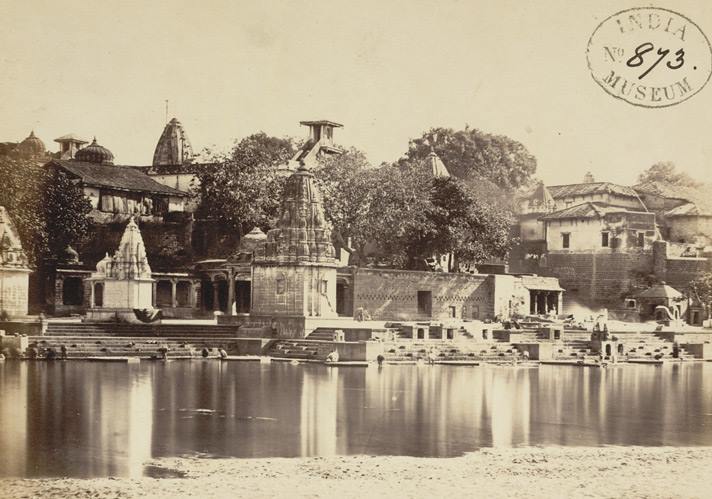 Ghats and temples on the River Sipra at Ujjain -1869

Photograph of the ghats and temples on the River Sipra at Ujjain, taken by George Edward Herne in 1869. Ujjain is one of the seven sacred Hindu cities. It is an ancient pilgrimage centre built on the banks of the Sipra river with characteristic stepped ghats. The Kumbha Mela festival is held here every twelve years and attracts a large number of devotees who come to bath in the purifying waters of the river.

Great to see you are posting about Ujjain's history. Would love to read more about King Vikramaditya (the original one.)

Nice. To know about ujjain

had been there just 1 yr back

Across is also the third planetarium built by Raja Jai Singh a must visit.

Bhojshala is also historical monument has to visit.