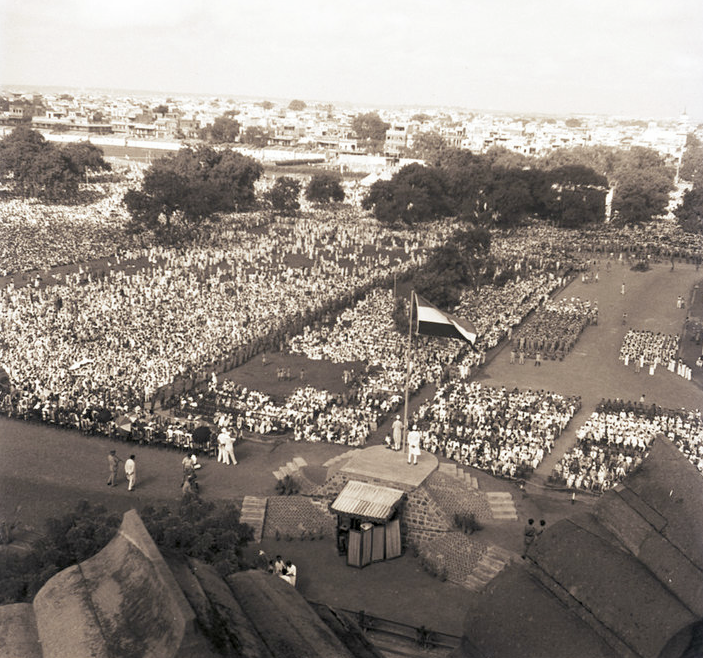 In a career that spanned more than four decades, Vyarawalla stood, often the lone female photographer, on the front lines of a tumultuous transition from colonial rule to independence. Draped in a sari and lugging heavy photographic equipment, she photographed in an era when the media had unprecedented access and an ongoing camaraderie. “All of us helped each other,” she said of her male counterparts. “If someone was changing film, he would request another photographer to take an extra picture for him. We even traded negatives so that no one missed out on a good picture.”

Vyarawalla’s black-and-white images poetically captured monumental moments in India’s history, such as the first flag raising, the departure of British Viceroy Lord Mountbatten and the funeral of Mahatma Gandhi, as well as notable dignitaries who passed through Delhi, such as Jacqueline Kennedy, President Dwight D. Eisenhower, Dr. Martin Luther King Jr. and Coretta Scott King. She had the rare distinction of knowing her high-profile subjects intimately and never exploited that relationship. “They were comfortable with me because they knew that I would never ridicule them,” she said.


Image:
The first unfurling of the Indian flag at Red Fort, Delhi, by Prime Minister Nehru on Aug. 16, 1947. As an employee of the Far Eastern Bureau of British Information Services, Vyarawalla was on the front line of the nation's transition to independence.