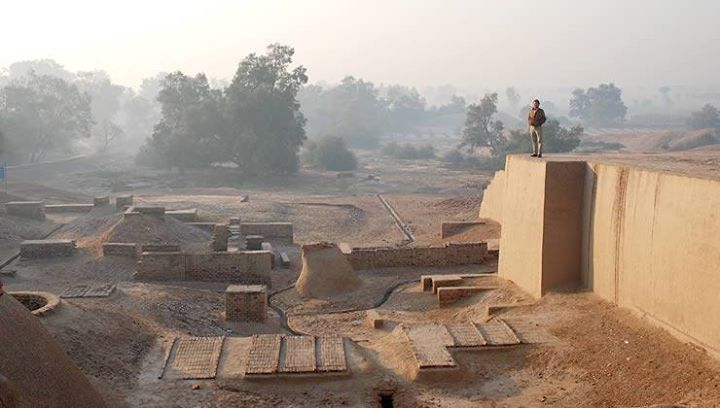 About the author: Sondekoppa Srikanta Sastri (5 November 1904 - 10 May 1974) was an eminent Indian historian,[2] Indologist, epigraphist and polyglot who worked as Professor of History and Indology at the University of Mysore. He was fluent in over 14 languages spanning Latin, Greek, Hittite, Assyrian, Sanskrit, Pali and Prakrit among others.[3] Among the early pioneers in the field of deciphering and interpreting Indus Valley Scripts, he published numerous articles, monographs and reviews putting forth his views on the Hattili Hieroglyphics & Proto-Indic Scripts[4] and the Studies in Indus Scripts.[5][6] His scholarly erudition is reflected in the many books,[7] numerous articles,[8] monographs and reviews that he authored. A strong proponent of the argument against the Aryan invasion theory, his article titled "The Aryans" published in the Bharatiya Vidya in 1947 served to illuminate on certain historical facts hitherto ignored. Read more: http://bit.ly/17xO8G4

A friend of mine on a research trip to Lahore recently visited Harappa, and said the place is sadly on its way to slow ruin from neglect.

thanks sure wl down load.

Good one, RBSI. I will read it.

A ruin can only be ruined, speaking logically if also sadly!