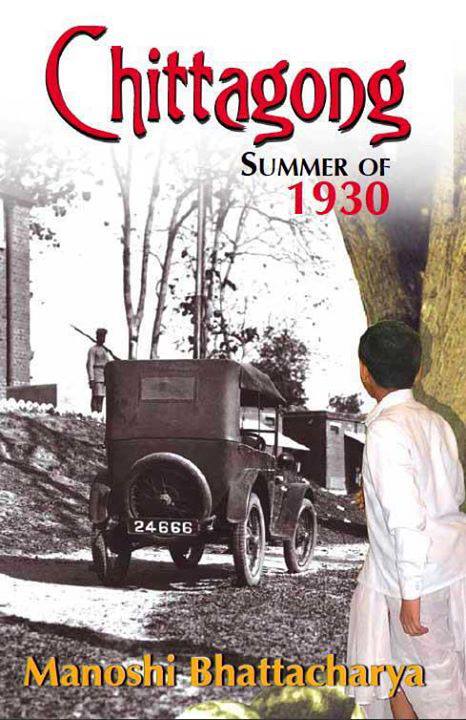 Summary:
The book takes a leaf out of the Independence movement to capture an important moment from the history of India. Strangely enough that particular event seems to have been forgotten even by the historians today. In 1930 an ordinary school master Surya Sen dared to capture the British armoury situated at Chittagong in the then East Bengal. Daring to perform the unthinkable with his 65 boys, Surya Sen freed the town for three days, defying the unmatched power of the British forces. It led to years of rebellion in the country. Surya Sen was ultimately caught by the police and hanged. This incident has gone down into the annals of time but Manoshi Bhattacharya has tried to revive those bygone days with her powerful pen. The research involved in writing an apparently simple event can be understood only when the reader peruses the lines of the book. The author has detailed the incidents and fictionalized events for easier understanding but her narration does not move in a straightforward manner.

Chittagong captures within its compass not only the town made famous because of the raid but also other smaller towns where people wanted to free the country from foreign yoke by force. It is a true story drawn from personal memoirs, letters, official documents, secret police files and delineated through the memories of a host of people including the British officers and their wives. The book is not only about the Chittagong raid but innumerable events that led to the famed incident. Bhattacharya had dug up some special events from the past and presented before the readers facts written in an intriguing style. For the first time the reader stands face to face with history of a different kind. The past has been fictionalized and real life characters transformed into dramatis personae in such a way that it becomes difficult to distinguish between the two.

Bhattacharya, like a seasoned novelist, has divided the book into chapters and has named characters for multiple headings to make the narration move up and down in time and space. Initially it requires some time for the readers to keep pace with such movement. The book offers more than just the facts of the armoury raid of Chittagong. It covers the history from 1930 and beyond in the form of a thriller.

Similarly, there are innumerable characters on whom this drama of the fight for independence is based. Bhattacharya makes the book readable and did not fill it with unnecessary details. Thus facts like the the revolutionaries’ meathod of collecting funds is balanced with looting in different towns or the unforeseen accidents help us understand the complex maneuvers of the freedom fighters who had barely crossed their teens. Surya Sen, Ambika Chakraborty, Nirmal Sen, Charu Bikash Dutt, Ganesh Ghosh, and Ananta Lal Singh were all under police surveillance yet they successfully carried on with their plan. The book also has some rare photographs of these brave men. Some of the events in the book points to the amount of research involved and the attention to minute details add to the interest. The reference to the explosion outside the house of the Deputy Superintendent of Police in which Nagen Sengupta lay injured on the street is new information for the readers. The brothers of the Oxford Mission vouched for his innocence as well as one of the judges and blamed the police for involving his name. But later it was found to be otherwise.

The well researched book will satisfy the curiosity of the reader,scholar and students of history.

Buy this book at Flipkart after registering at Pennyful.in for an extra cashback:

A very good read indeed. Needless to say, the book was well accepted in the family and every member enjoyed. My father, all of 92 years and hailing from Dhaka, finished it in 3 days. I could sense his emotions running high while he read and appreciated the amount of research that was put in. A must read ! This event probably marked the first stage of women participation in our freedom movement. A search on the Parliamentary debates in London about the Chittagong Uprising ,revealed that the British then treated it as any other unrest/riot with lukewarm comments...but this is Part I. The author, promises to reveal more in the sequel. The book(s) will go a long way in exalting the martyrs beyond the boundaries of Bengal.

interesting....lot has been written and printed of that period,so much so that you almost feel what more can be said ...but then came your book with a refreshing human angle, bringing in a new perspective....I loved the way you have interwoven the little everyday situations into your facts and the gentle introduction to your characters. Manoshi your persistence and hard work has paid off and how!

This is turning out to be an excellent read..I am more than halfway through. Very rarely does one find a book that engages at different levels..the language is without fault and with just the right amount of Bengali thrown in..the plot is tight and compelling-begins slowly as though to draw you in and then picks up speed. The "Bengaliyat" to coin a new word comes through beautifully. The author has performed the task of fictionalizing history with ease. Harper Collins has come up with a winner..

loved the book....was a very quick and easy read about a difficult period to capture....I esp liked the bong and bong food descriptions

Loved the book. Took me all of two sittings to finish it. Being a Bong of the new generation it was an important book for us to read, would recommend it to everyone.

anjali ji it is "bangaliana", the quintessential bengaliness including gentleness and determination...

itching for a ride

"Chittagong Summer of 1930" - Bringing back the flavor of simple and unconditional allegiance to (i) Ones cause (i) Ones Leader and (iii) ones motherland, practiced by this group of youngsters (often kids) who belonged to ordinary families, no different from ours, with more than one reason to fall in line and have a comfortable life. We had grown up wondering what made them do what they chose to do – Fight a battle which could not have been won and actually winning respect of all (including the opposition) through their Grit, Strategy & Supreme Sacrifice. Manashi’s book now gives us a peep into the mind of those, through a mix of fact and fiction. Delightful stuff.

Chittagong -Summer of 1930- by Manoshi Bhattacharya is a labour of love about the armed revolution – the capture of Chittagong armoury from the British by sixty five boys ranging from the age of 14. Manoshi has done extensive, exhaustive, sincere, wholehearted research to bring to life the one most vital, missing, ignored, account of the struggle for freedom from British India. She has spoken to the children, grandchildren and other relatives of the protagonists. So, the story told from the recollections, notes, documents, both personal and government, reminiscences, historical records, previously unrevealed archival reports, depicts a vivid picture of the armed revolution from 1900 to 1934. The tale, without which the history of the Empire can never be complete is told from the perspective of twenty-seven people, both Bengali and British, reflecting diverse view points. Manoshi has also gone to the trouble of meeting up personally, with the heirs of her protagonists, to verify facts, get the stories behind the stories, personal accounts of the lives of the revolutionaries, so that the book rises above being just a historical account of an episode in the history of India. It becomes a personal account of the revolutionaries. As we read the book, we become a part of the action. We become the revolutionaries. Estrogen levels are running high as we raid the armoury, cut the cables, face the British fire and die on the hills of Jallabad. We mourn the death of Tegra and as we lose more and more boys to British bullets. We mourn the Indian treachery! And the Indian sacrifice. For me, Manoshi’s Summer of 1930 is an experience, which I would love to relieve again and again because, I feel so proud to be the granddaughter of one of the key players of this great enterprise of freeing the country. My grandfather, Nanda Lal Singh and grand uncle, Ananta Singh were in the inner circle of Surjya Sen’s group. I had remained in Chittagong during my reading of the book. And when I had finished I suddenly felt so bereft. Having suddenly lost touch with all my people.

A very well researched and detailed account of a part of the freedom struggle not known to many. Dr Bhattacharya has a simple style of writing which fleshes out the characters and makes you see the events as they unfolded through their eyes. The fervour of the revolutionaries can be felt through the pages of the book. For the student of history, a must read.