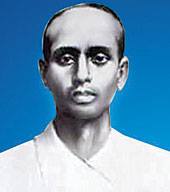 The book takes a leaf out of the Independence movement to capture an important moment from the history of India. Strangely enough that particular event seems to have been forgotten even by the historians today. In 1930 an ordinary school master Surya Sen dared to capture the British armoury situated at Chittagong in the then East Bengal. Daring to perform the unthinkable with his 65 boys, Surya Sen freed the town for three days, defying the unmatched power of the British forces. It led to years of rebellion in the country. Surya Sen was ultimately caught by the police and hanged. This incident has gone down into the annals of time but Manoshi Bhattacharya has tried to revive those bygone days with her powerful pen. The research involved in writing an apparently simple event can be understood only when the reader peruses the lines of the book. The author has detailed the incidents and fictionalized events for easier understanding but her narration does not move in a straightforward manner.

Chittagong captures within its compass not only the town made famous because of the raid but also other smaller towns where people wanted to free the country from foreign yoke by force. It is a true story drawn from personal memoirs, letters, official documents, secret police files and delineated through the memories of a host of people including the British officers and their wives. The book is not only about the Chittagong raid but innumerable events that led to the famed incident. Bhattacharya had dug up some special events from the past and presented before the readers facts written in an intriguing style. For the first time the reader stands face to face with history of a different kind. The past has been fictionalized and real life characters transformed into dramatis personae in such a way that it becomes difficult to distinguish between the two.

I am halfway through this book..it's fascinating and certainly a must-read!