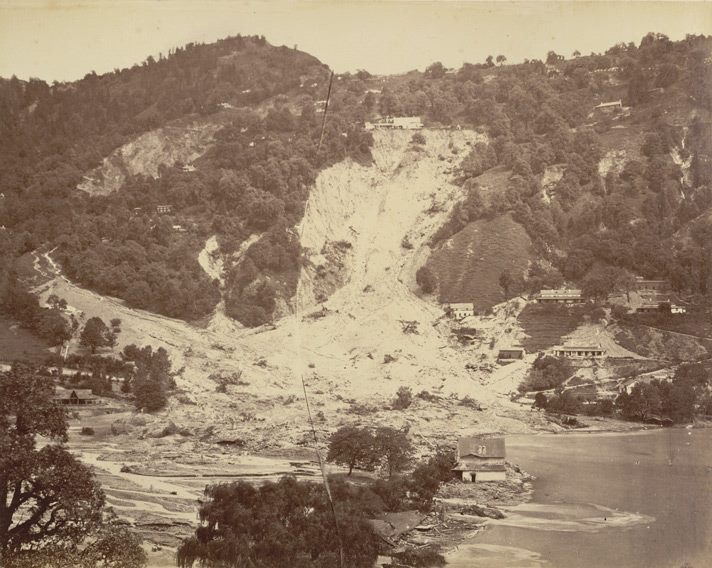 Photograph of the aftermath of the Nainital landslip from the Macnabb Collection (Col James Henry Erskine Reid): Album of views of 'Naini Tal' taken by an unknown photographer in 1880. The area of the Kumaon Hills had come under British rule after the Anglo-Nepal War (1814-16) but it wasn't until 1841 that P. Barron built the first European house in Nainital. The town became the summer headquarters of the colonial administration of the province. It was a popular retreat for the residents of the plains. Being popular with the British, the town developed a British character with several European schools, barracks and a sanatorium. This view looks at the aftermath of the landslip which took place in September 1880, burying 151 people. The Assembly Rooms and the Naina Devi Temple were destroyed in the disaster. A recreation ground known as 'The Flats' was later built on the site and a new temple was also erected.