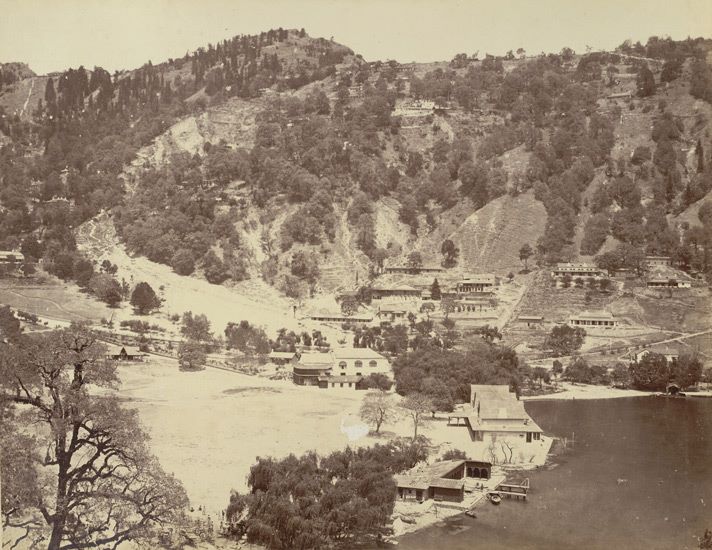 Photograph of Nainital from the Macnabb Collection (Col James Henry Erskine Reid): Album of views of 'Naini Tal' taken by an unknown photographer in 1875. According to legend Nainital takes its name from the Hindi word for eye as it is said to be the spot at which Sati's (Parvati) eye fell to earth and is one of the 64 Peethas, or sacred pilgrimage sites in India, dedicated to that goddess, who is worshipped at the Naina Devi Temple, situated at the northern end of the lake. The area of the Kumaon Hills had come under British rule after the Anglo-Nepal War (1814-16) but it wasn't until 1841 that P. Barron built the first European house in Nainital. The town became the summer headquarters of the colonial administration of the province. It was a popular retreat for the residents of the plains. Being popular with the British, the town developed a British character with several European schools, barracks and a sanatorium. This view shows buildings on the hill and near the lakeside which were destroyed in the landslide disaster of 1880.