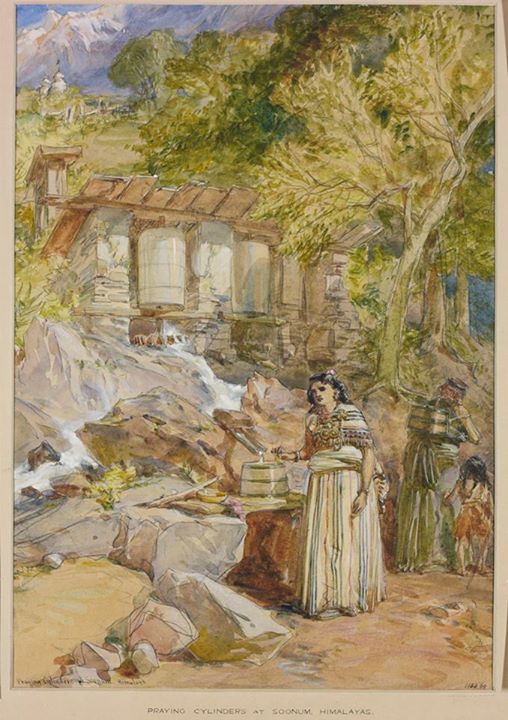 Simpson, William (1823-1899). Painter and lithographer. Simpson was apprenticed to a lithographer in Glasgow and in 1851 came to London where he made views of the Great Exhibition. He became well known for his paintings with commissions by Queen Victoria to paint various important events in her reign. In 1859 the publishers, Day and Son, commissioned him to make drawings of India. On his return he produced "India, ancient and modern" (London, 1867), a series of illustrations of the country and its people. Later in 1876, he accompanied the Prince of Wales to India and published "Shikare and Tomasha, a souvenir of the visit of His Royal Highness the Prince of Wales to India (London, 1876).