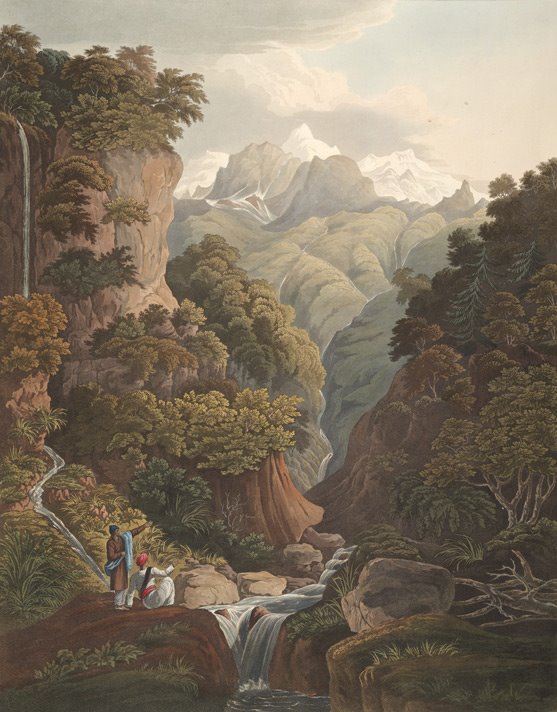 Jumnotree, the source of the River Jumna - 1820

This coloured aquatint was made by Robert Havell and Son from plate 20 of J. B. Fraser's 'Views in the Himala Mountains'. Yamunotri is the name given to the source of one of India's great northern rivers, the Yamuna. The site of thermal hot springs, it is revered by Hindus as sacred. The actual source is from a glacier lake nearby, the Saptarishi Kund, which is fed by snow-melt streams. Fraser wrote of Yamunotri: "where the various small streams formed on the mountain brow, by the many masses of snow, unite in one, and fall into a basin below ... Between the two banks the view is closed by the breast of the mountain, which is of a vivid green from perpetual moisture, and is furrowed by time and the torrents into numberless ravines; and down these ravines are seen trickling the numerous sources of this branch of the Jumna."

Beautiful art, the nature was so unspoilt

Beautiful. Thanks so much Varanasiji!

Quite a bit different from today !!