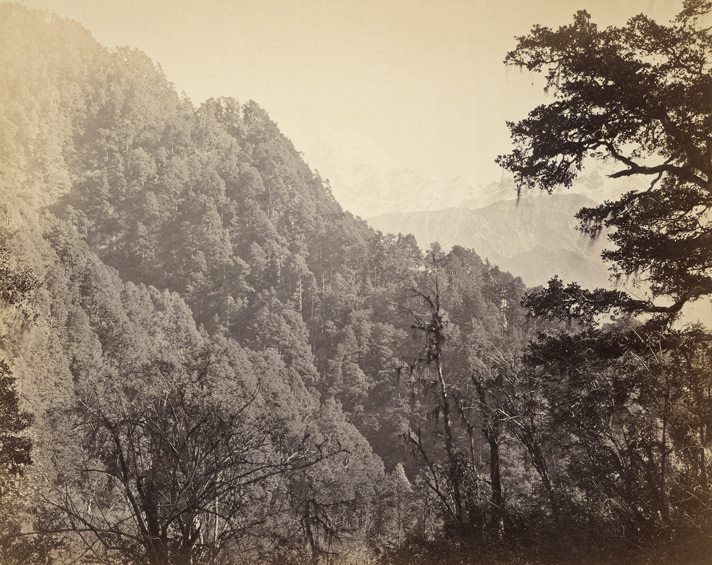 Snowy peaks of Jumnotri, near source of Jumna - 1866

Photograph of snowy peaks of Jumnotri, near source of Jumna from the 'Strachey Collection of Indian Views', taken by Samuel Bourne in 1866.Samuel Bourne, the bank clerk and amateur photographer arrived in India in 1863 during the early years of commercial photography. Photographs taken during three expeditions to Kashmir and the Himalayas between 1863 and 1866 demonstrate his ability to combine technical skill and artistic vision. These views display a compositional elegance which appealed to Victorian notions of the ‘picturesque’; strategically framed landscapes of rugged mountain scenery, forests, rivers, lakes and rural dwellings.Yamunotri is the source of the Yamuna river which emerges from a frozen lake of ice and glaciers on the Kalinda Parvat at an altitude of 4421 meters.