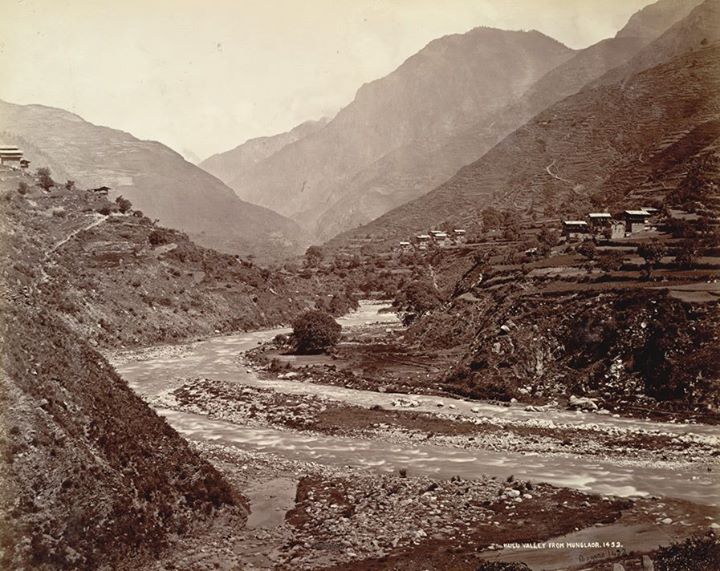 Digital Rare Book:
The Languages of the northern Himalayas, being studies in the grammar of twenty-six Himalayan dialects.
By Thomas Grahame Bailey
Published by Royal Asiatic Society, London - 1908

View of the Kullu valley, along the River Sutlej, with houses and terraced fields rising from the banks, from the Elgin Collection: 'Spring Tours 1894-98'. This is a late print (1890s) of a Samuel Bourne photograph. The Kullu Valley is 80 km long, bordered by the Pir Panjal to the north, the Parvati Range to the east, and the Barabhangal Range to the west. It was known in ancient Hindu scriptures as Kulanthapitha, or ‘End of the Habitable World’. The valley was one of the major trade routes between Central Asia and the Gangetic plains and local rulers gained profitably from the through traffic enabling them to extend their kingdom.