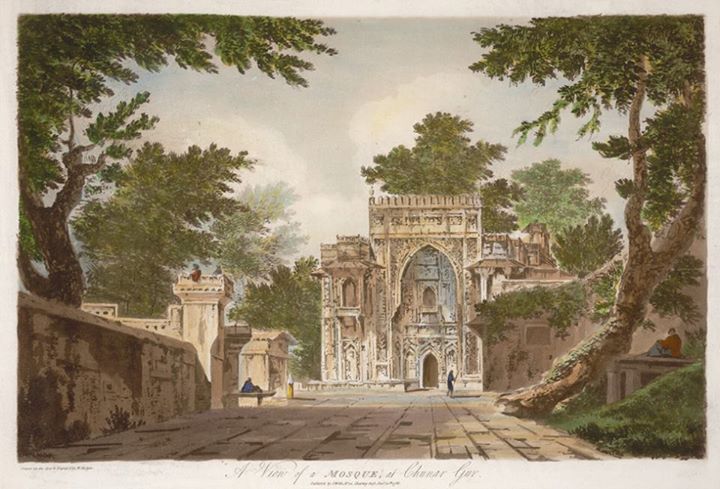 This is plate 19 from William Hodges' book 'Select Views in India'. Hodges arrived at Chunar in September 1781. He considered this gateway, leading to the tomb of Shah Kasim Sulaiman at Chunar, an instructive example of Islamic influence in Indian architecture. He remarked: "This view is given as a remarkable instance of the perfect similarity between the architecture of India, brought there from Persia by the descendants of Timur, and that brought into Europe by the Moors seated in Spain, and which afterwards spread itself through all the Western Parts of Europe, known by the name of Gothic architecture."