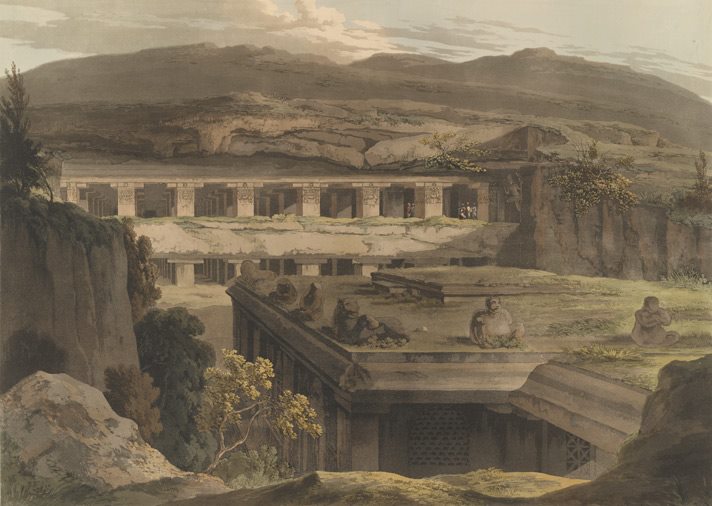 Plate 16 of 'Hindoo Excavations in the Mountain of Ellora near Aurangabad,' engraved by Thomas Daniell after the drawings of his deceased friend James Wales, which Daniell regarded as the sixth set of his 'Oriental Scenery.' This cave was started as a Buddhist monastery, but in the 8th Century was converted into a Hindu sanctuary under the patronage of the Rashtrakuta king Dantidurga (c.730-55). It consists of an open court with a free-standing monolithic mandapa in the middle and a two-storeyed hall at the back, the original Buddhist monastery, the walls of which were covered with reliefs illustrating Hindu mythology.