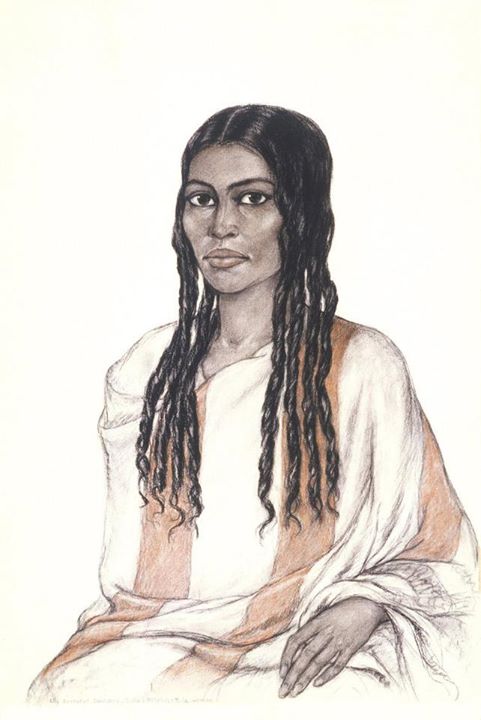 Lily Eversdijk-Smulders (1903-1994), portrait painter and lawyer.
She obtained her degree of Doctor of Law at the University of Leiden, Holland. After few years as a lawyer, she decided to dedicate herself to the arts. She travelled to Bali, Japan, China, all of West Asia, the Sahara desert, Central Africa, India and South America. She always travelled alone and mingled with the crowd in the countries she visited.

Through a curious set of circumstances, was adopted as a daughter by a Tibetan Redcap lama. Her book, Enigmatic Tibet published by Vantage Press Inc. New York, 1971, tells the story.

beautiful naomi campbell should see this