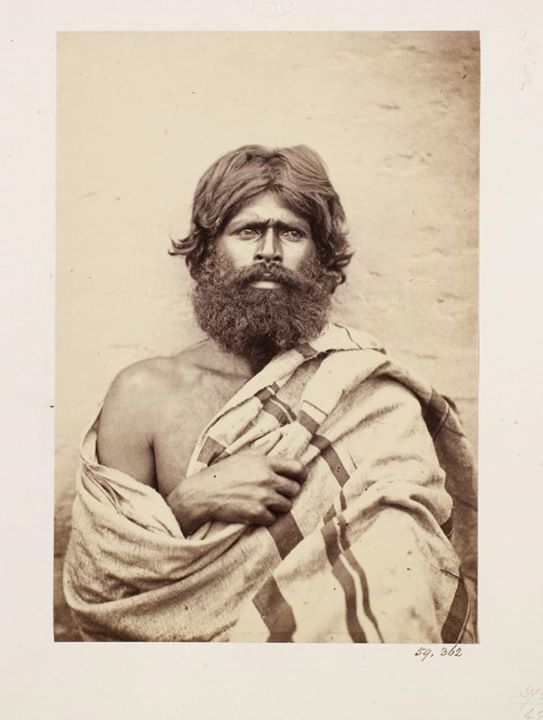 Portrait of a Toda man wearing traditional clothing with his right hand raised to his chest, depicted standing against a plain white wall. This hill tribe are widely recognised in India for their traditional marriage rituals associated with dairy farming in the Niligiri hills.

This portrait is one in a series of twenty one images by an unidentified photographer from the Madras School of Industrial Arts. It was probably taken in response to official requests for portraits of South Asian ethnic types, but unlike much of the anthropometric imagery of the period, the photographer appears to have adopted a more sensitive approach to the sitters.