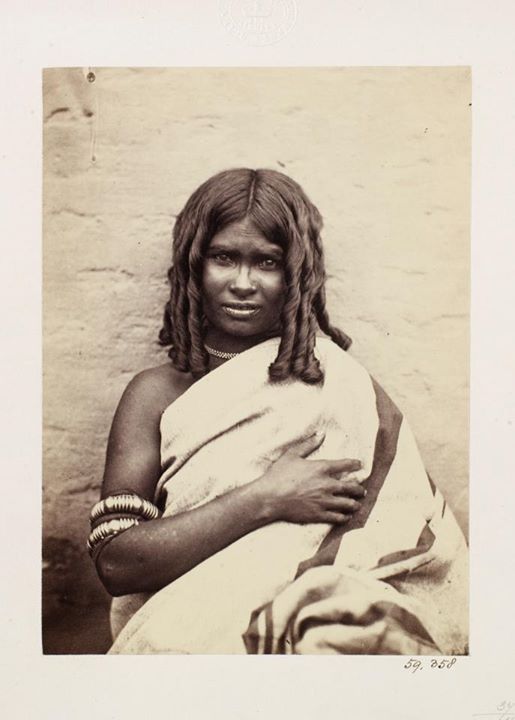 Digital Rare Book:
Anthropology of the Todas and Kotas of the Nilgiri Hills : and of the Bráhmans, Kammálans, Pallis, and Pariahs of Madras City
By Edgar Thurston
Printed by The Superintendent, Government Press, Madras - 1896

Portrait of a Toda woman wearing traditional hairstyle and clothing depicted standing against a plain white wall. This hill tribe are widely recognised in India for their traditional marriage rituals associated with dairy farming in the Niligiri hills.