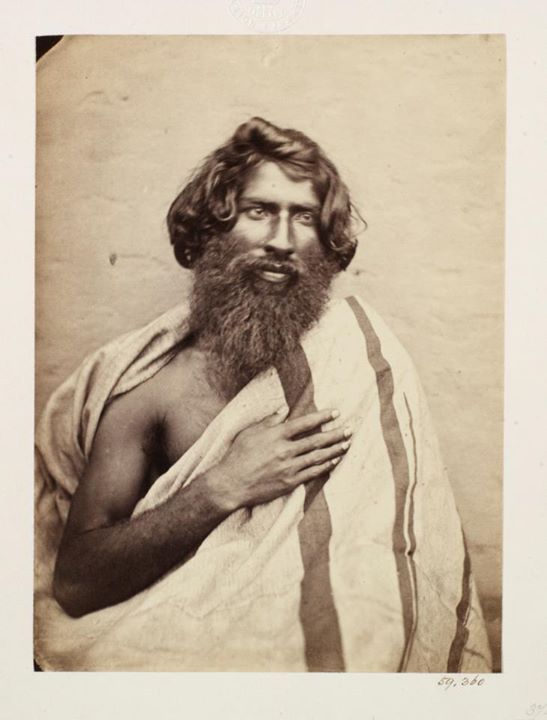 Portrait of a Toda man wearing traditional clothing with his right hand raised to his chest, standing against a plain white wall. This hill tribe are widely recognised in India for their traditional marriage rituals associated with dairy farming in the Nilgiri Hills.