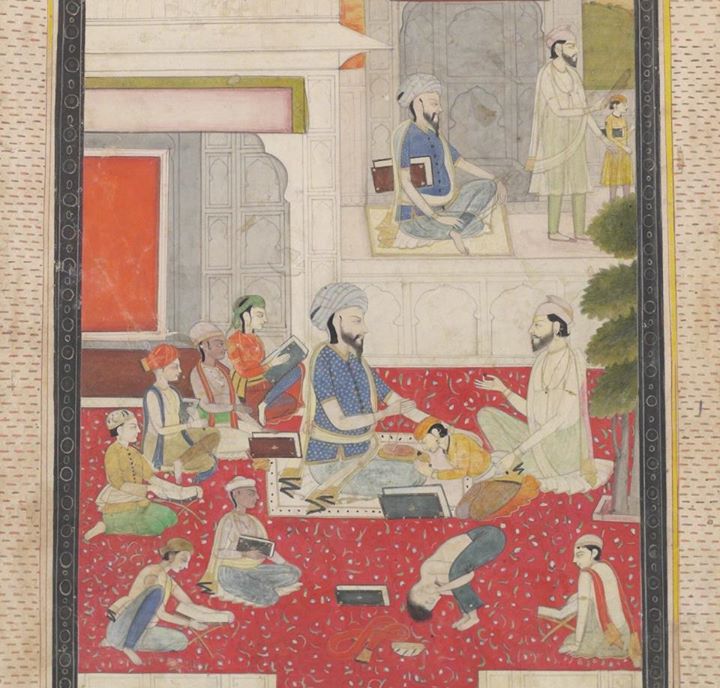 A watercolour of scenes from a school, a Sikh Guru with pupils. This narrative shows two scenes: the first, in the foreground, and the second in the upper right hand corner of the image.

This narrative painting done in the Panjab in about 1800-1810 incorporates two distinct scenes. The foreground depicts a courtyard in which a teacher blesses a child whose father or guardian sits behind him, with seven other pupils nearby. An eighth is being punished by having to stand in the kukkar, or 'cockerel' position: looping his arms around his legs, he bends to hold his ears. A book being read by one of the pupils is in Arabic script, but this does not seem to be a religious school as the variety of headgear worn suggests communities. The second scene, at upper right, shows the same courtyard in abbreviated form, the teaching watching as the pupil and his guardian walk away.

Who is the Painter?

Wah- the two scenes are like time lapse photography, and the good old 'murga' extends back to the hoary past. :)