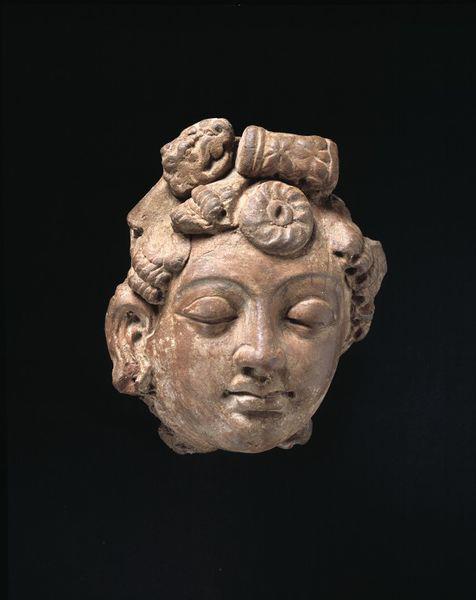 The site of Pambarvan, near Akhnur, appears to have been a Buddhist stupa site. Sixth century Gupta coins have been found, together with the terracotta remains of sculptural decorations, most notably a series of terracotta heads. Although the region has close links with the plains of northern India and the prevailing post-gupta style, the remains reveal other influences. The realism of these terracottas and the use of applique decoration link them to Gandharan sites, like TAXILA, which prospered until their decimation in the late 5th or early 6th century. Displaced artists from the north-west were probably responsible for the late survival of the Gandharan style in the Jammu-Kashmir region.

maybe I saw it in a book instead. I'll search

Can not be described in words.......at peace within

I visited ,it is a very special feeling to walk there where Ashoka stepped ! Alexander the great walked there too. There was a stupa with supposedly a relic of Buddha ,MAGIC !