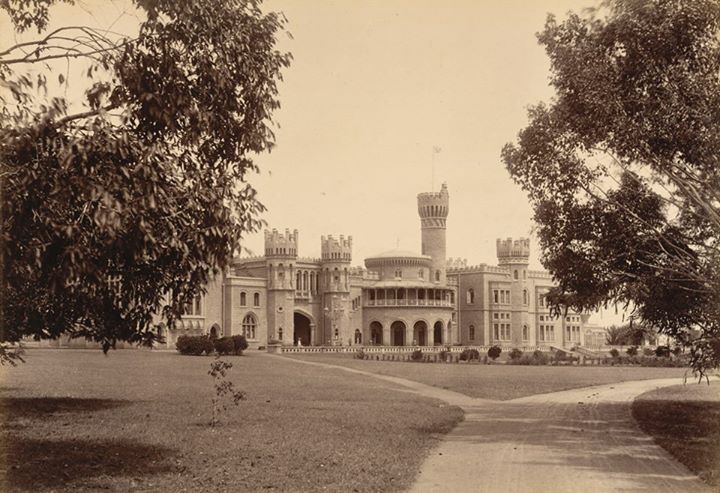 View of the Palace at Bangalore from the grounds - 1890

I lived 2 miles from this palace in the 50's. They would open up the palace a few times a year. The Maharaja became the governor after independence and he was well liked by the people. He was a very active participant in the World Wildlife Fund.