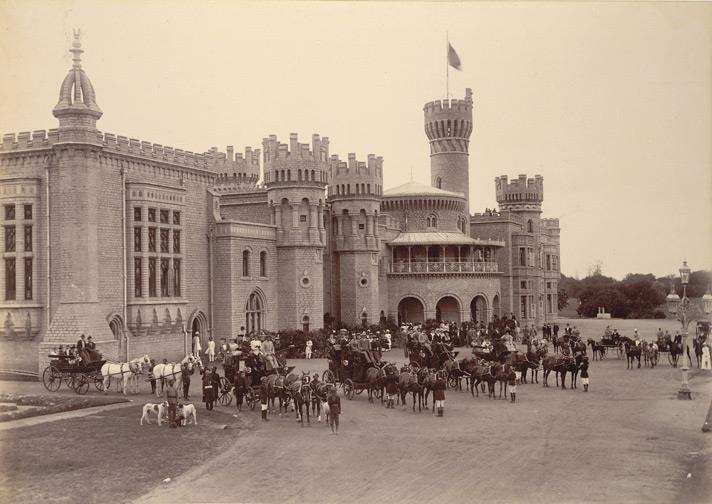 This photograph of the Palace, Bangalore taken in the 1890s by an unknown photographer, is from the Curzon Collection's 'Souvenir of Mysore Album'.General view of the buildings, built in castle form, with a large group seated in carriages in the foreground. Caption notes read: ''The Palace was built for H.H. the late Chama Rajendra Wodeyar Bahadur during his minority, and largely extended in his lifetime. It is a stone building of two storeys and, when lighted up at night, it presents an especially enchanting appearance. It stands well out on rising ground, in a very extensive park and is surrounded by parterres of flowers well laid out.''