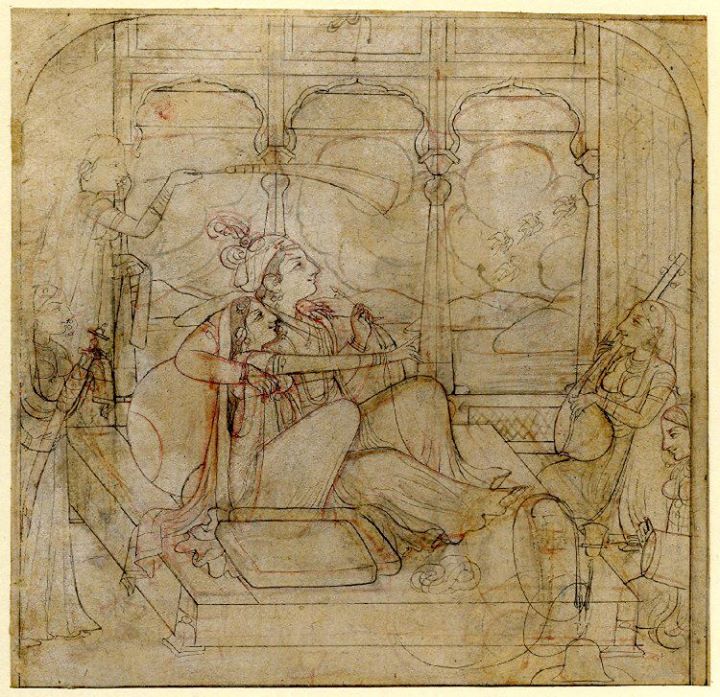 This term refers to paintings created in the small Rajput courts of the Punjab Hills. While the Pahari region was occupied from the 7th century onwards, with dated architectural monuments and temples, there is no evidence of painting until the mid-16th century. The painting tradition really flourished from the 17th to the 19th centuries.

Sometimes,(it is said that) the sketch is more powerful than the painting/completed drawing... this one is the example...just fantastic!!!

so sweet to be --if we replace them