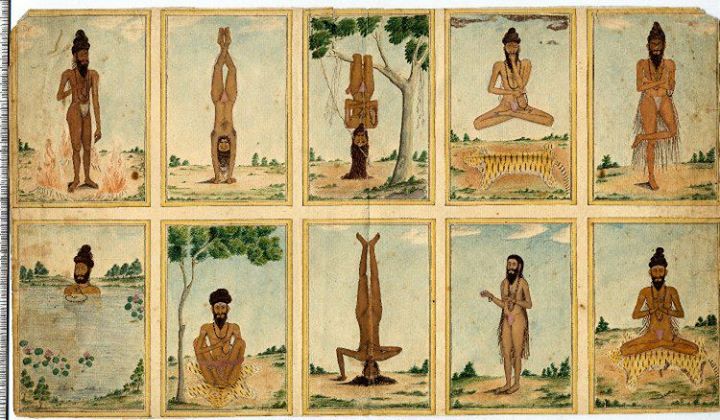 Gouache painting on paper from a portfolio of sixty-three paintings of deities and daily life. Ten vignettes of Shaiva ascetics performing penance in two rows of five.

Unknowingly a tendency for comparing these remarkable yogis with present day business minded spiritual marketers or the modern yogis or rishis or sanyasins or whatever!

...well, do the best with what you have, or are, or whatever!

This is very valuable for those of us interested in collecting historical evidence for the introduction of various asanas.

Thanks for displaying this great Yogis picture. Many are undertaking classes without real spirit. This should be the eye opener to all.

wonderful. Fourth pic from left is of the state where the yogi defies the gravitation