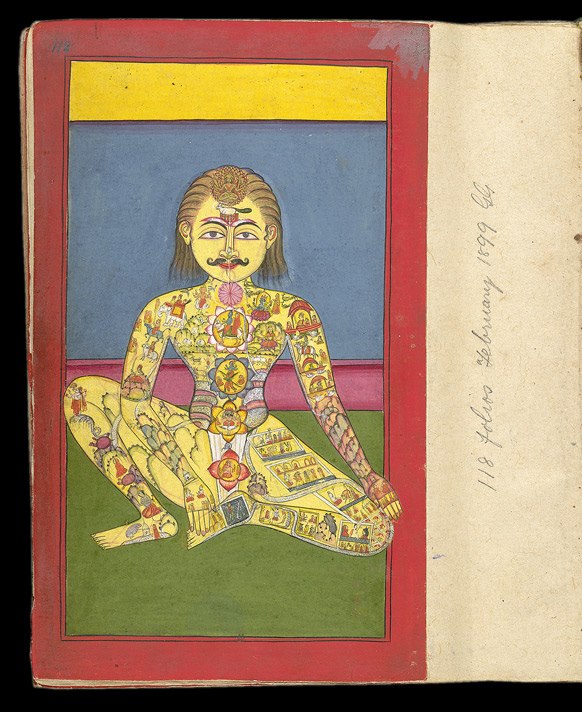 Digital Rare Book:
The Yoga-system of Pataþjali or The ancient Hindu doctrine of concentration of mind, embracing the mnemonic rules, called Yoga-sutras, of Pataþjali, and the comment, called Yoga-bhashya.
By James Haughton Woods
Published by Harvard University Press - 1914


Image:
Sapta Chakra; illustration of the parts of the body associated with Yoga.

This collection of coloured drawings of different postures practised by yogis contains 84 recognised 'asanas' and 24 'mudras' with explanatory notes in Braja-bhasha verse. The manuscipt has 118 pages and was written at the beginning of the 19th century.

Copyright ˋ The British Library Board

Sometimes I sits and thinks and sometimes I just sits.