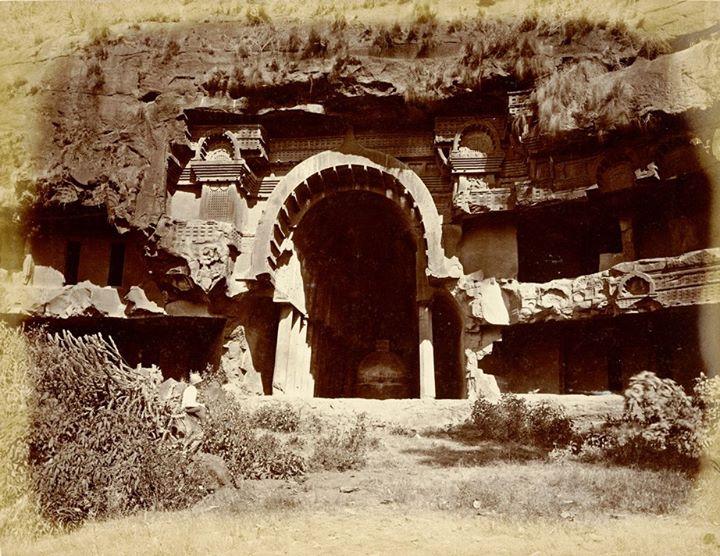 Photograph of the exterior of the Buddhist Chaitya Hall (Cave XII) and adjoning Vihara, at Bhaja Caves, Pune District, taken by Henry Cousens around 1880, from the Archaeological Survey of India Collections. At Bhaja, south of Karli, there are more than twenty rock-cut Buddhist monasteries from the Satavahana period. The Great Chaitya or prayer hall (Cave 12) dates from the 2nd century BC. The facade has a wide horseshoe-shaped entrance. Inside the hall the nave and aisles are separated by octagonal columns. A hemispherical stupa is situated at the end.