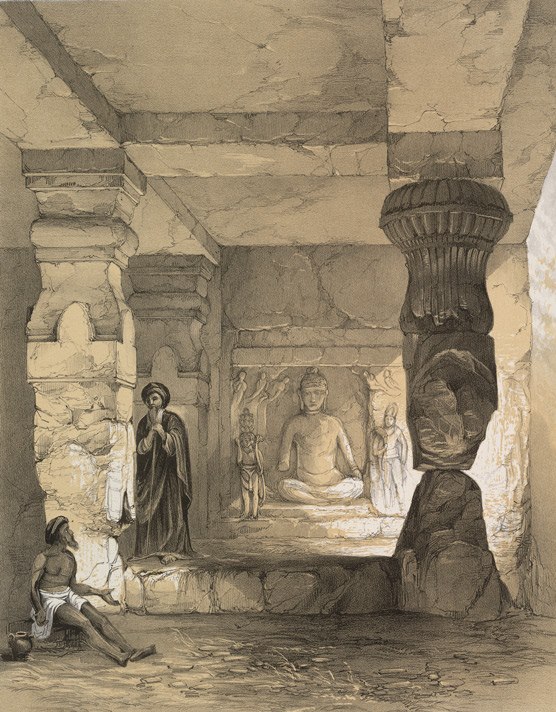 This is plate 17 from James Fergusson's 'Illustrations of the Rock Cut Temples of India'. The hills of Kanheri near Bombay host the largest Buddhist monastic site of western India. A number of these caves feature fine sculptures from the Vakataka period in the region (third to fifth centuries AD), and inscriptions in Prakrit and Sanskrit reveal that the site had many learned Buddhist teachers. Fergusson illustrates one of the dozens of viharas (monasteries). It contains an image of the seated Buddha.

What an illustration! Makes one want to go there...

magnificent is the word

Its not like this anymore. was there two weekends back. But still beautiful!