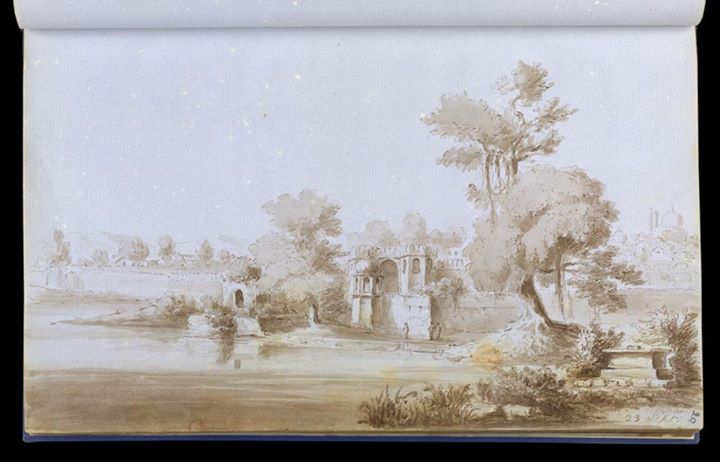 Wash drawing of a tomb at Rauza by an anonymous artist, dated 23rd September (probably 1849). This is one of 83 drawings (78 folios) mainly of landscapes and antiquities in the northem Deccan, made during a tour chiefly to Ellora, Rauza, Daulatabad, Aurangabad and Ajanta between September and November 1849. A few sketches were made later, e.g. 1853.

Rauza or Khuldabad, meaning ‘Heavenly Abode’ is an old walled town in Maharashtra famous for its onion-domed tombs. The town is of religious significance to Muslims as the Emperor Aurangzeb (reigned 1658-1707) is interred here, together with other members of his dynasty and several Muslim saints. Once an important and prosperous town, the site is considered to be a hallowed burial ground.