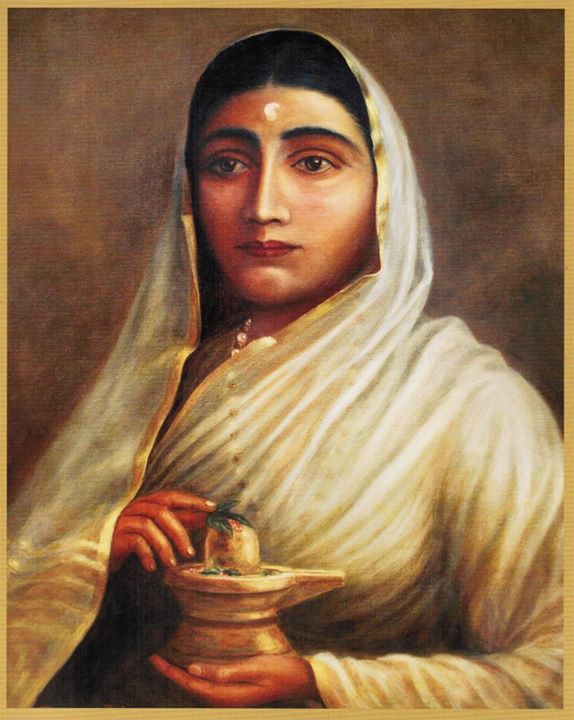 It was the speciality of Holkar family that they did not use public funds to meet their personal and family expenses. They had their personal funds accruing from their private properties. Devi Ahilya inherited a personal fund which at that time was estimated to be around sixteen crore rupees. Ahilyabai used her personal funds for all her charitable works.

Her works throughout India:

Beed – Jirnnodhar of a Ghat.

Dwarka(Gujrath) – Mohatajkhana, Pooja House and gave some villages to priest

Indore – Many Temples and ghats

Very good... But temple temple nd only temples ,... No school no university no hospital.

And yet I have a grouse against her. Ahilya Bai married a second time when she was widowed. But when her daughter was widowed she allowed her to commit Sati even though a grandchild was being left behind! Why was the daughter not as progressive as the mother?

Ahilya bai married second time???to whom?? hearing this for first time...as far as i know she spent rest of her life as a widow only...(after her husband's death she was also ready to go sati,but her father in law saved her from it by saying that people need a queen like her)....she cudnt tried to stop sati of her daughter in law but everybody around went against her and she couldnt help it. and ya,she did not only give donate to temples,but also worked for the welfare of people,built many Dharmashalas, wells etc....

I bow my head in reverence to this great soul....

Let her and all her ancestors be blessed with heaven...let us learn the meaning of selfless giving from her...!!!

Punyashlok Ahilyabai was amongst the one who strived to stop sati pratha which was largely prevelant in north india and bengal too...as far as progressiveness is concerned,very few women of her time dared to rule and expand her kingdom. at times she even went at war front to fight for truth..

one should read authentic biographies certified by descendants of such personalities before commenting on such pages..such grt personalities found in all states of India are to be respected,and not targeted..

1733 - 1766 Shrimant Sardar Malharrao I Holkar I Subedar Bahadur, Subedar of the Holkar Domains His eldest son Shrimant Sardar Khanderao Holkar Bahadur. b. 1723 (s/o Gautama Bai) was his heir apparent and married 10 wives including Shrimant Akhand Soubhagyavati Devi Shri Ahilya Bai Sahib Holkar who bore him a son Malerao and a daughter Shrimant Akhand Soubhagyavati Muktabai Sahib. Khanderao died. from a cannon shot at the siege of Khumbher, near Deeg, 15th March 1754. Nine of his wives committed sati. Ahilya Bai, with the consent of her father-in-law, married for a second time in 1755, Shrimant Sardar Tukojirao I Holkar IV second son of Shrimant Tanuji Holkar (her father-in-law’s cousin) Khanderao and Ahilya Bai’s son inherited Malharrao I’s throne on 23rd July 1766 as Shrimant Sardar Malerao Holkar II Subedar Bahadur, Subedar of the Holkar Domains. Developed signs of insanity, shortly after his investiture. He died at Indore, on 5th April 1767, and his mother assumed the reigns of government. Shrimant Akhand Soubhagyavati Devi Shri Ahilya Bai Sahib Holkar ruled from 1767 – 1795 jointly with her second husband who after her death continued to rule until he died in 1797. Ahilya Bai’s daughter Mukta Bai married Shrimant Sardar Yeshwantrao Phanse, of Tarana who died of cholera on 3rd December 1791 . Mukta Bai committed sati on 4th December1791 (while her mother and step father were queen and king) leaving behind an only child.

Holkar history is all about the vision of Malharrao I. There were several military geniuses like Jaswant Rao Holkar but the greatest of them all was the founder of the clan. My Royal Rajputs will not agree but that is their side of the story!

Manoshi Bhattacharya: I just finished watching all the parts of the movie Devi Ahilya Bai. In one word the film is 'brilliant'! This excerpt from the movie explains how Ahilya Bai tried to stop her daughter-in-law from committing Sati... and her inability to do so as the girl's own parents believed in the glory and sanctity of this practice. The overwhelming power of tradition and public opinion... Watch on YouTube: http://bit.ly/YP6OiR

it will be of real help if the proof of Ahilyabai getting married second time to Tukoji is presented.Since I haven't come across this side of story in her authentic biography in Marathi,also in my visit to Maheshwar where she ruled for a long time,she is always potrayed as a widow.

The movie too portrays her as a widow till the end.

This is an interesting debate. Please see http://www.royalark.net/India/indore3.htm Christopher Buyers is an authoritative source and the family trees on his site are provided by the royal families themselves. Since I have worked extensively with the Rajput and Maratha records for The Royal Rajputs - Strange Tales Stranger Truths, I have used his family trees, crossed checked and cross referenced them with the Rajput royal families on several occasions and found them to be accurate. I have written to him requesting him to look through his records and share with us the source of information for this second marriage. I too look forward to his answer with great interest.

Another interesting article is http://www.outlookindia.com/article.aspx?210909 Now I cannot provide proof but Tavleen Singh's Durbar quotes Madhavrao Scindia and he repeats the same story saying his mother had made a comment that had she lived in the old days she like, Ahilya Bai, would have had her son, the maharaja, crushed to death! These stories are not an attempt to attack anyone but an attempt to understand a person. These are human beings that we are talking about.

Before we ask as to how Madhavrao Scindia would know of Ahilya Bai, we must remember that Ahilya Bai was a Scindia girl who married into the Holkar family.