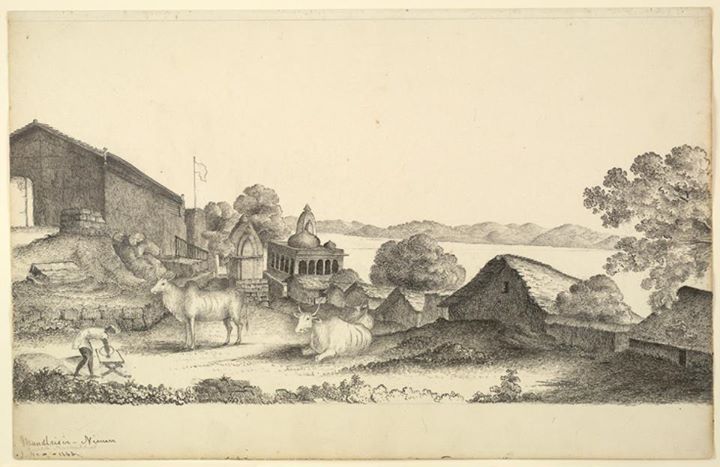 Mandleshwar in Central India is on the bank of the Narbada River at a narrow point where in the monsoon the stream often rises 60 feet above its normal level becoming a roaring torrent. It fell to the Marathas in the 18th century and in 1740 was granted by Malhar Rao Holkar to a Brahman, Vyankatram Shastri. In 1823 it became the head quarters of the District of Nimar which until 1864 was managed by the Agent to the Governor General at Indore. The Narbada is one of the most important rivers of India and at Mandleshwar there are many beautiful tanks temples and ghats.

Is this the same place as Maheshwar which is on the Namada?? Or am I confused (default condition nowadays ...)?

Maheshwar is famous Shiva Temple at Mandleshwar on Narbada River,

Mandleshwar is 5 km east of maheshwar, and also on the narmada