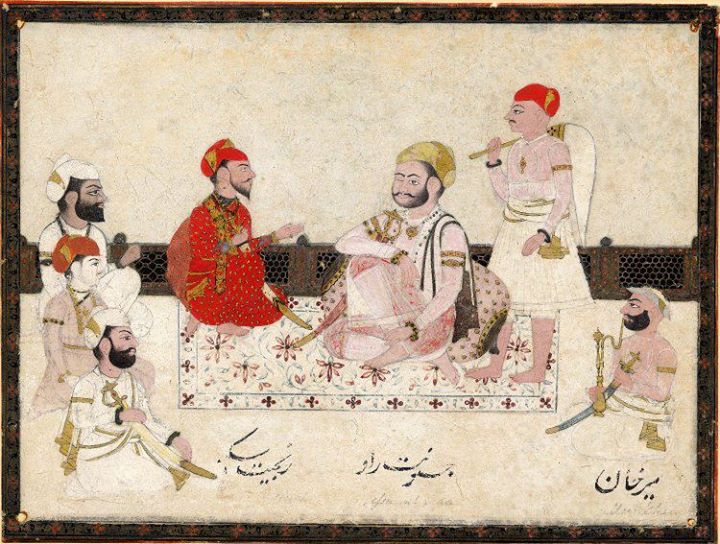 Painting of Jaswant Rao (Holkar) in the centre, Ranjit Singh dressed in red to the left and Mir Khan smoking a pipe on the right, seated on a mat with attendants. The scene depicts one of the meetings which took place at the end of 1805, when Jaswant Rao Holkar, defeated at the battles of Fatehgarh and Dig by the Generals Lake and Frasier, sought refuge from the British in the Punjab.

Gosh I wud have liked to have had a picture of him like this for the book.,..tried v hard but only came up with a portrait from the Museum in MP