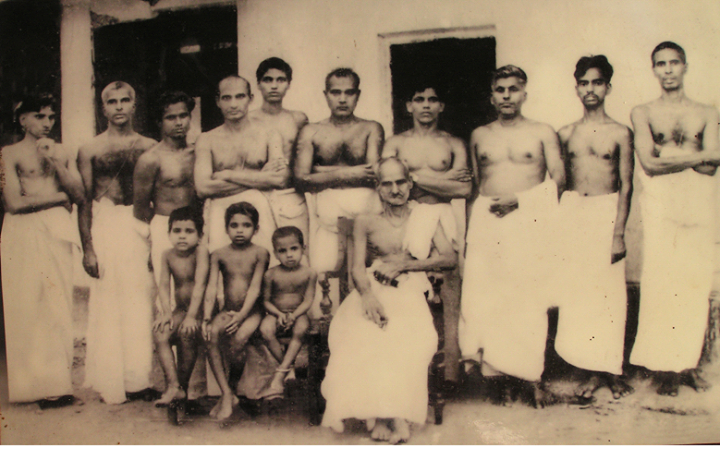 During 1997-2001, we held several conversations with two of the Ashtavaidyas of Kerala, Olassa Chirataman Narayanan Moos and Vayaskara Aryan Moos. These interviews highlighted the urgency of documenting this scholar physician tradition at a crucial stage in its history. In 2009, with support from the National Centre for Biological Sciences/TIFR, Bangalore, extensive interviews were conducted with Vaidyamadham Cheriya Narayanan Namboodiri, the doyen of the remaining Ashtavaidyas of Kerala, as well as practicing physicians of his family. Vaidyamadham Namboodiri is a unique repository of Ayurveda theory and practice, and the history and lore of the Ashtavaidya tradition. We also interviewed Alathiyoor Narayanan Nambi and Plamanthol Shankaran Moos, practicing physicians of two legendary Ashtavaidya families whose ancestors through their writings have played a major role in disseminating the classical knowledge of Ayurveda.

The interviews record, so to speak, from the mouth of the gurus (gurumukham), their education and training, the special practices of each lineage, issues facing traditional medical practice, and their perspectives on the culture of modern Ayurveda. This paper provides a bird's-eye view of this ancient and scholarly Indian medical tradition from some of its most recent practitioners, and their concerns about the future of their ancestral therapeutic techniques and method of learning. We also present here their views regarding a revised system of Ayurvedic medical training incorporating aspects of the classical scholarship that constitutes the hallmark of the Ashtavaidyas.