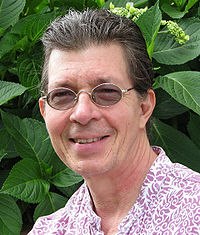 Ayurveda: An Alternative or Compementary Medicine?
By Dr.Robert E. Svoboda

Question: How can we understand Ayurveda?

The Ayurvedic model takes the approach advocated by Michael Polyani, who in his classic book Personal Knowledge showed that (even though most scientists like to claim otherwise) science is a craft. Whether it involves the growing of crystals or the reading of X-rays, a scientist becomes proficient at his science not by strictly following the dictates of some unambiguous rule book but by immersing himself in the slow trial-and-error process of discerning patterns and learning to follow those patterns. We have to do the same thing with our health; we must learn to improve it like we learn any other craft.

This process happens to be very natural to us humans. It is in fact innate to us, for this is how the brain learns as well. The brain is too parsimonious to assign one memory to one neuron. Instead, it organizes its neurons into neural networks. Any sensory stimulus that enters one of these networks activates each of the neurons to a different degree. The more highly activated neurons signal strongly and the weakly activated ones less strongly, the members of the network continuing to share information until a pattern develops. Many types of patterns arise and are held in the same net.

One of Ayurveda's basic theses is that similar patterns appear at all levels of a living organism's existence, both in its internal interplay and in the interplay between it and its environment. Each pattern affects us whether we are aware of it or not. Taste is one example of the many patterns in our daily lives than cannot be easily quantified. You can express your blood pressure in mm of Hg, but how do you measure taste? Most of us find it natural to believe that that well-cooked food tastes better than poorly-cooked food, even though there is no way to externally verify this internal perception. Ayurveda suggests that the self-evident good or bad taste of food has more than a trivial effect on the organism that consumes it. Ayurveda asserts that the internal reality of something as outwardly ephemeral as a taste pattern is in fact very real to the tasting organism. Evidence that supports this conjecture has also begun to accumulate in Western science (e.g.in studies on the ways in which the taste of fat or sugar in the mouth can influence physiology even before they are metabolized).

Taste is only one of the many patterns that characterize our bodies and minds. Another is prana, the force of life, which the Chinese call chi and the Japanese ki. We can describe prana as the energy that inspires life to persist within a particular living being. Students of yoga, Tai Chi and the martial arts who learn to identify and circulate this force within themselves discover that prana is as easily measured with their own internal instruments as it is difficult to measure with external gadgets. The pattern that these practitioners call prana is as real to them as the patterns that neural networks of taste produce when they sample a mango. Whatever their external reality, patterns are very real to the organism in which they occur.

Athletes around the world are now studying the life force as they learn that cultivating a healthy pranic pattern facilitates the type of body-mind cohesion that allows one to shine out on the playing field. Athletic training is basically a matter of breaking down old physical and mental patterns and building up new ones. Each living body hosts a wide variety of strongly-held metabolic patterns which influence its ability to build up new patterns. Ayurveda classifies each these many metabolic patterns into one of three classes. Each of these classes forms a metapattern, a pattern which actively reproduces itself whenever it is given the opportunity to do so. These three metapatterns are the Three Doshas, the body's so-called "humors." They are called doshas ("mistakes," in Sanskrit) because when they are deranged they induce the organism to go off balance, in predictable ways. Students of Ayurveda work with the reality of life from the dosha perspective because of its practical utility in everyday practice. The dosha approach allows associations to be detected between seemingly unconnected causative pathways and manifested symptoms.

Ayurveda defines health as balance and ill health as imbalance, in all aspects of existence but particularly in the context of the Three Doshas. When they are balanced the Three Doshas ensure that the organism functions well. Disease-causing imbalance patterns may result whenever an organism fails to adapt properly to a change in its internal or external environment. The need to adapt is universal, but the ways in which people adapt differ from person to person. Though many of these adaptation patterns are learned behavior others are innate properties of the organism itself. Everyone has physical, psychological, pranic, and emotional strengths and weaknesses; taken together these form a set of "reaction prints" which are as characteristic of their owners as are fingerprints or footprints. The aggregate of these innate properties forms the individual's "nature" or "personal constitution" (in Sanskrit, prakriti), a temperament which profoundly influences predisposition to health, general and specific sensitivity to illness, and responsiveness to various forms of therapy.

The Ayurvedic approach to healing concentrates first on making simple changes of diet and behavior, for simple alterations are sometimes sufficient to produce big results. Ayurveda escalates into surgery and other intensively invasive therapies only when mild interventions fail to produce results. Modern researchers continue to rediscover truths that Ayurvedic researchers learned many centuries ago.

For example, since 1935 modern science has known that when mice and rats are fed a very low calorie diet (30 - 50% of their normal intake) in the laboratory they live about 30% longer than do well-fed rodents, so long as they receive sufficient nutrition. Though the mechanism of this effect remains in doubt (it may be due to decreased production of free radicals) the effect itself is clear.

Americans not only eat too much food, too much of that food is fat. Dr. Dean Ornish has shown how a judicious program of exercise and dietary change can not only control but in some cases reverse the course of obstructive coronary artery disease.

Recall that the two most common diagnoses requiring transplantation in African-Americans are hypertension and diabetes. High blood pressure afflicts one-third of all Americans in their 50's, half of those in their 60's, and more than two-thirds of those over 70. But hypertension is not inevitable; it is a disease of civilization. Preindustrial people rarely get increases in blood pressure as they age, whether they live in China, Africa, Alaska, or the Amazon, mainly because they do not eat processed foods.

Dr. Paul Whelton of Tulane University's School of Public Health has spent the past decade tracking 15,000 indigenous Yi people in southwest China. As long as they eat a traditional diet-rice, a little meat, and lots of fresh fruits and vegetables-almost none of them suffer from hypertension. But when they migrate to nearby towns their blood pressure starts to rise with age.[3]

Our ancestors subsisted mainly on fresh plant foods for about seven million years, and anyone who lives on such a diet ingests about ten times more potassium than sodium. "Civilized" people consume far more sodium; for instance, while a four-ounce tomato contains 9 mg. sodium four ounces of bottled tomato sauce has nearly 700 mg. Modern humans are the only mammals that consume more sodium than potassium, and we are the only ones that suffer from hypertension. Dietary changes can reduce blood pressure as markedly as drug treatment, and in as little as two months. In a study known as DASH (Dietary Approaches to Stop Hypertension) researchers at several institutions put volunteers on one of three diets. Normotensives who ate a low-fat menu including ten daily servings of fresh fruits and vegetables plus two servings of calcium-rich dairy products reduced their systolic and diastolic readings by 5.5 mm and 3.0 mm respectively. Hypertensives had reductions of twice that magnitude. Potassium supplements can bring a similar but less dramatic effect, but consuming fresh, unrefined plants provides you the bonus of phytochemicals which combat cancers and boost immunity.[4]

Dietary change is potentiated by exercise, which in judicious amounts can help everyone, even the frail. Dr. Maria Fiatarone of Tufts University recently got ten chronically-ill nursing home residents to lift weights three times a week for two months. At the end of this period their average walking speed had nearly tripled, and their balance improved by half. Two went so far as to throw away their canes.[5]

A positive attitude is also a big plus in regaining and preserving health. Most people who live to be a hundred maintain through their lives a social network of support, keep their minds active, manage stress well, and never give up. It has been said that "patients suffer illnesses and physicians diagnose and treat diseases." The two may have little in common. For example, in a seven-year study of 3,500 older people who were asked to evaluate their own health, those who rated their health as poor were three times as likely to die as were those who believed their health to be good. However, those who were clinically in poor health but who rated themselves as being healthy were less likely to die than those who believed themselves to be unwell.[6]

We are what we eat, what we do, and what we think. Observers can affect their observations; Larry Dossey, M.D. comments: "It appears that double-blind studies can sometimes be steered in directions that correspond to the thoughts and attitudes of the experimenters. This might sh