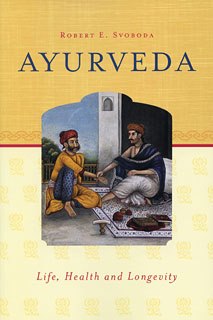 Developed from the Vedas, India's ancient books of wisdom, Ayurveda combines physical, psychological and spiritual therapies in an approach to health that is as relevant to the modern world as it was to the ancient world when it first became part of India's collective consciousness. Here, for the first time in the West, is a definitive handbook of a health-care, both sensible and sublime, that is still alive and well itself - the author is the first Westerner to graduate from an Indian Ayurvedic college.

Utilizing herbs and minerals, proper nutrition and purification and, above all, affirmative ways of living, Ayurveda treats not just the ailment but the whole person and emphasizes prevention of disease to avoid the need for cure. Its ancient message has helped spread the new holistic thinking in the West, encouraging us to become "stewards of life" in order, now, to give civilization itself a chance to heal.


Buy this book at Flipkart:

Everyone must read this