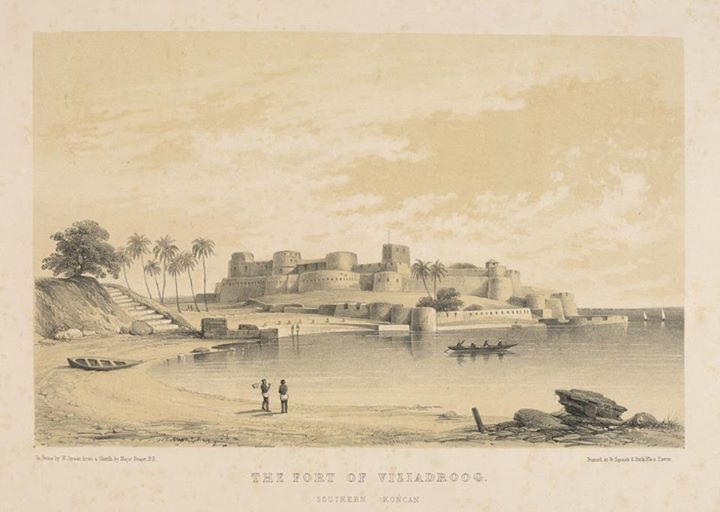 Digital Rare Book:
SIVA CHHATRAPATI - Being a translation of Sabhasad Bakhar with extracts from Chitnis and Sivadigvijya
Edited by Surendranath Sen
Published by University of Calcutta in Calcutta, 1920

Interestingly, Bangalore has been mentioned twice in this book as the place of residence of Sahaji Raje, the father of Shivaji...

"…Sahaji Raje had two wives.The first wife was Jijai Au, and the second wife Tukai Au. Ekoji Raje,a son, was born of the latter. As soon as a son, Rajsri Sivaji Raje was born of Jijai Au, Sri Sambhu Mahadev stirred himself and said in a dream "I myself have descended [to earth]. I will in future perform many feats of valour. You should keep (the child) with you for twelve years Do not keep him afterwards. Let him go wherever he will. Do not restrain him." Such was the prophecy. Sahaji Raje used [there-after] to reside at Bengrul [=BANGALORE] in the Karnatak."


"...In the meantime, the Raje's father SahajiMaharaj, who lived at BANGALORE, suddenly died of a fall from his horse, at Bogdari a village in the province of Chitradurga, while coming towards Bijapur. This news made the Raje very sad. After performing the prescribed rite, (he) celebrated many deeds of charity. And he said " It would have been well, if the Maharaj had (survived longer and) witnessed the heroic deeds of a son like me. Now to whom should I show my valour ? Formerly I killed Afzal Khan, punished and defeated Saista Khan, and went to Delhi after an interview with the Mirza Raja. Having seen the Badshah I came back to my own kingdom. Then I captured many forts, plundered many towns and enlisted an army of 40,000 cavalry in Paga and Siledar. The Maharaja was pleased at the news of such heroism. Letters of approbation used to come to me regularly. He used to send robes of honour and ornaments likewise. I have no elder (left) after him now." In this strain he lamented much. The Matusri was going to immolate herself ; the Raje sat on her lap, twined his hands around her neck and made her take an oath (that she should live) and refrain (from self-immolation). " There is none to witness my heroic deeds, thou must not go." With such exhortations the Raje, as well as all other great men, after great exertion made her desist. Things happened in this manner."


Image:
The Fort of Vijayadurg - Southern Konkan - 1850
Lithograph of the Fort at Vijayadurg by William Spreat after an original sketch by Robert Pouget and one of a series of 'Views in India and in the vicinity of Bombay' dated c.1850 and published in London.

The Fort at Vijayadurg is located at the mouth of the Vaghotan creek on the western coast of India between Goa and Bombay. The fort, built by the Adil Shahi dynasty of Bijapur, was strengthened and enlarged by the Maratha ruler Shivaji from 1669. While main entrance to the fort on the landward side was protected by outworks and a moat, the inner circuit of walls include 20 towers and rise to the height of 36m.

I read some of it. A very cliched account of history there wasn't any thing unique or new to offer