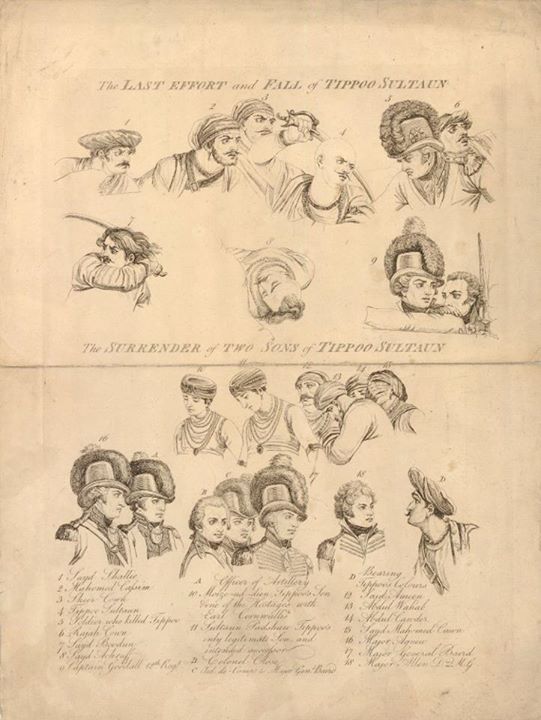 Key to two pictures by Henry Singleton; above, the death of Tipu Sultan; below, his two sons being handed over to European officers; for impressions of prints after the pictures.

Tipu Sultan's children and wives were made pensioners of the EIC and were stationed at Vellore. They were later to instigate the Vellore Mutiny in 1808, where the sepoys rebelled under the Sultan's flag. The Governor of Madras, Lord William Bentinck, was blamed for his lethargy in handling the event. He accepted the Governor Generalship in 1828 partly to correct this tainted reputation. Under him, Sati was abolished, Thuggee put down and an educational policy decided upon.

as u sow shall u reap @Tipu Shaitan

The two hostages look to be in their late teens at least in this painting. In reality, they were 8 and 6 years old when they were taken hostage.