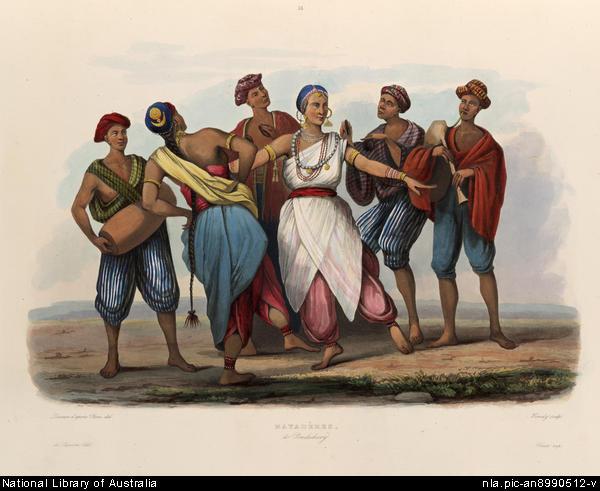 Travel around the world through the seas of India and China in the corvette La Favorite execute his Majesty during the years 1830, 1831, 1832 under the command of M. Laplace.

RBSI can you search for memoirs or Dairies of one " Martin" who was the french agent at Pondicheri in 1670-80.He has written extensively about political developments of that time.Specially of Shivaji's conquest up to Tanjore. I have read a marathi translation of one part of his memoirs where he writes about his overland journey from Pondicheri to Surat via Golconda and parts of Maharashtra.

RBSI can there be a summary of what the above says about Shivaji?

Satyakam Sudershan Tell me the page numbers and I will translate it for you. A Fringe benefit of learning French!

O boy, will do a search and send over some time next week Sumedha

I read only the first two pages but are you certain there are references to Shivaji? I can do a search, too.

Thats what I gather from RBSI and NAB's posts above

Looking forward to your translation of those pages with 'Shivaji references.' Thanks Sumedha Verma Ojha!

@ Sumedha Verma Ojha Thanks a lot for offering help in translation .Shivaji went for his "Dakshin Digvijay" in year 1676-77.He first went to Golkonda(Bhaganagar) to meet and seal the treaty of friendship with Kutubshah .He then entered the territory of Adilshah and went on to capture many forts including major forts like Karnool and Gingee which is near Cheenai.Shivaji's main adversary in this battles was Sherkhan Lodi .Mr. Martin was the main adviser of Sherkhan. When Sherkhan was completely defeated by Shivaji this Martin came to meet Shivaji. I am interested to know the details of this meeting of Martin and Shivaji where he must have noted and commented about Shivaj's persona.Another area of interest would be how this Martin obtained the permission to raise the fortification for Pondicherry from Shivaji's son Sambhaji somewhere after 1680AD. So if the memoirs are cataloged date or year wise then the period to look would be 1676/78/79/80.

@ Sumedha Verma Ojha, I am 100% confident about the references in Martin's memoirs about Shivaji.I have read about it in many English and Marathi books on Shivaji. In fact I briefly read the ebook History of French in India posted by RBSI earlier to this post and in that there are many references about Martin and his relations with Marathas.

@ Sumedha Verma Ojha. If you click on the table of contents link on the book's website and scroll down to Sivaji you would get the page nos.where Sivaji is mentioned.The page nos. are 186,246,252,254,255,293,294,640.I am extremely sorry for being such persistent about the translation.Thank you.

Hey, thanks for the page numbers Nitin Ashok Bhagawat

I will get to it.