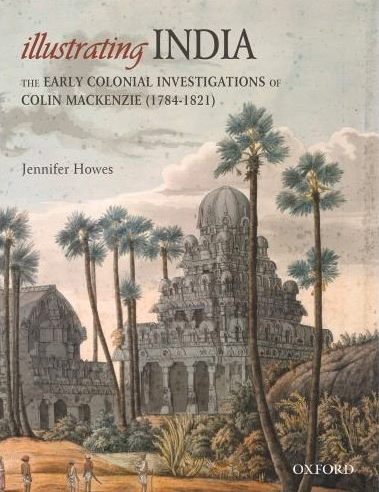 Illustrating India reveals for the first time a mine on unique and fascinating information on pre-colonial and early colonial india. The mackenzie collection, assembled by Colin Mackenzie, the first Surveyor General of India. between 1784 and 1821, contains the oldest and largest known repository of pictorial documents on the history and culture of india to be gathered by a single european collector. This book showcases monuments and shrines, sculpture landscapes, caste groups and social structures as described in late eighteenth and early nineteenth century india. Jennifer Howes' gripping narrative contextualizes the mackenzie drawings and provides a broad view of the Indian subcontient.

Is there an Oxford India edition?