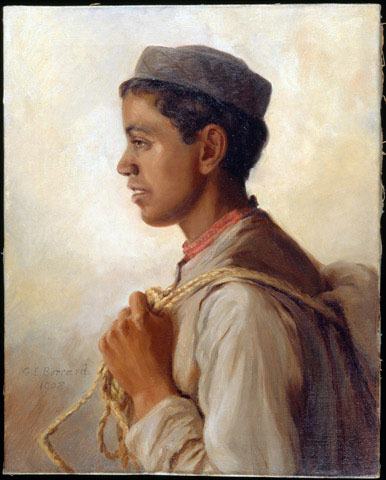 Gertrude Ellen Burrard accompanied her husband Sidney Burrard, an Indian Army Officer, around the Indian subcontinent during his time as Superintendent on the Trigonometrical Survey of India. As an amateur artist, she recorded the people and places that she encountered and exhibited her paintings for many years in India. This picture was awarded the 'Prize for the second best Figure' at the Art Exhibition at Naini Tal in 1908. The Garhwalis came from the Garhwal Hills in the Himalayan district of the United Provinces (now Uttarakhand in India).

iam doing my research in manuscript tradition in uttarakhand!!!please guide or help me in my research!!!!!!!