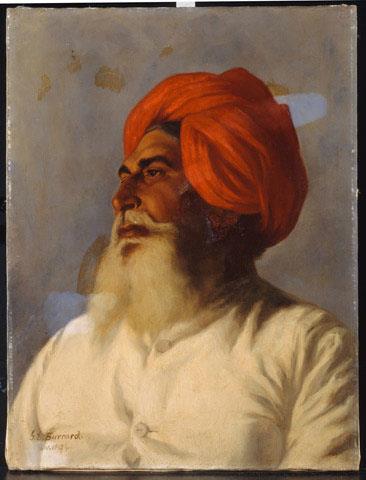 Gertrude Ellen Burrard accompanied her husband Sidney Burrard, an Indian Army Officer, around the Indian subcontinent during his time as Superintendent on the Trigonometrical Survey of India. As an amateur artist, she recorded the people and places that she encountered and exhibited her paintings for many years in India.